Nigel Farage has given his verdict on Boris Johnson’s time in office amid chaos at Downing Street following the Prime Minister’s announcement that he intends to step down after an onslaught of Conservative ministerial resignations. Standing outside Number 10, Mr Farage took aim at the Johnson-era policy that had “really upset” him.

Mr Farage told GB News: “This had to happen.

“But also on the policies which is the thing that really upsets me, they’ve gone so far away high taxes, big state, immigration running at record levels.

“I mean, there’s a list as long as your arm of the things they’ve done that just aren’t consistent with what people expected.” 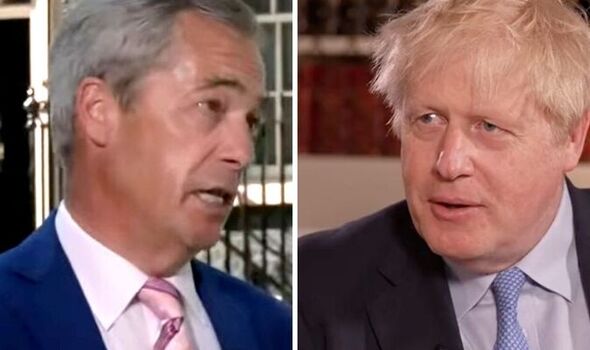