The Tory leadership race appears to have migrated from infighting to targeted swipes at the UK’s First Ministers. Liz Truss has taken the opportunity at the last two hustings appearances to criticise Nicola Sturgeon and Mark Drakeford. Speaking in a hustings event on Monday this week, Ms Truss claimed that she would ignore “attention seeking” Ms Sturgeon if she became Prime Minister.

While the comments triggered an immediate backlash, the foreign secretary did not back down and defended her position in another appearance on Wednesday.

She said the Government should continue “delivering for the people of Scotland” while Ms Sturgeon spends her time “agitating for independence”.

Her comments about the Scottish leader have proven the most inflammatory, and body language expert Judi James has revealed the motive behind her words.

Ms James told Express.co.uk that the foreign secretary intended to “intimidate” during her hustings appearances this week. 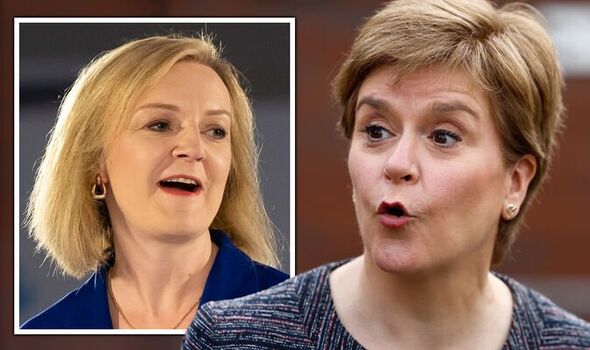 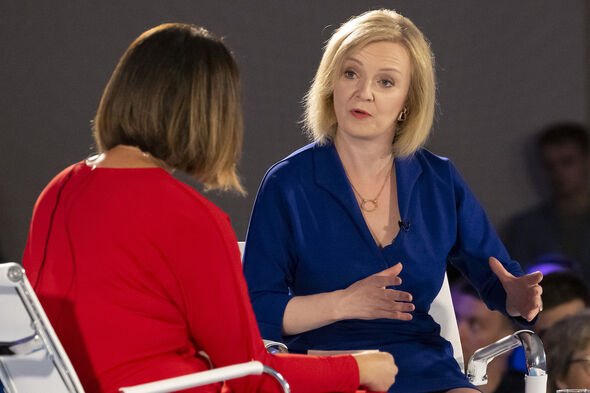 She said the comments amounted to Ms Truss “delivering trash talk” and “bombastic hyperbole” boxers use to “intimidate their opponents before a fight”.

Ms James added that she “accompanies her ‘daring’ words with some body language to match”.

She continued: “Calling Sturgeon an ‘attention seeker’ who she would ‘ignore’ is to relegate the First Minister to the level of an annoying small child.

“As she throws the suggestion out to boost her own profile in terms of being a tough leader who would stand no nonsense, Truss is clearly also very tuned into the response from the audience.” 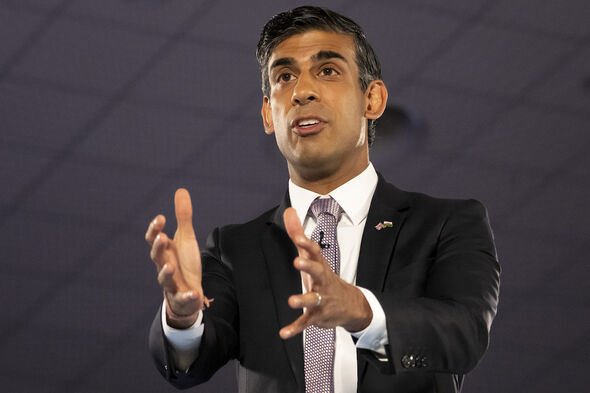 “This gesture alone suggests she is talking like this to gain approval and votes.

“Initially, her brows are raised, and she nods her head in a gesture of belligerence.

“As she uses the ‘ignore’ word, she spreads her arms carefully and strategically, palms up and at waist height, in the kind of empty embrace gesture that asks the audience ‘don’t you agree?’

“Keeping her eyes on the interviewer she then milks the applause, even showboating enough to say a mock ‘I’m sorry!’, knowing they are registering her support for her words.” 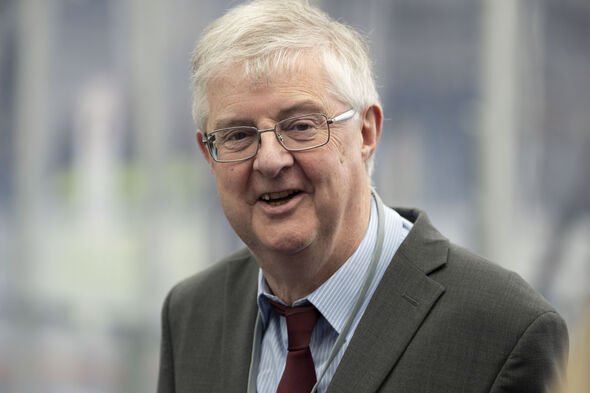 Ms Truss made similar remarks about Welsh FM Mark Drakeford on Wednesday when she called him a “low energy Jeremy Corbyn”.

Speaking at a hustings event in Cardiff, she claimed he was “ashamed of our history”.

But she made a distinction between his leadership and Ms Sturgeon’s.

She said his administration has not taken up “the opportunities that are being brought forward by the UK Government”.

Rishi Sunak took the hustings events as an opportunity to air some of his own criticism of arrangements between the UK’s home nations.

But he chose the time to advocate against devolution rather than focus on individual First Ministers.

He said: “We need to be more prepared to call out the failures of the devolved government here, because this path of onward devolution has not worked in actually delivering better health care and education.”

Mr Sunak also briefly echoed his rival, stating the “billions of pounds” sent to Wales were “being squandered”.