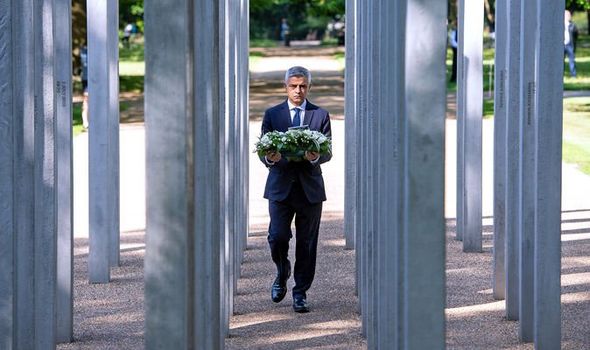 Mr Khan joined other dignitaries on the 15th anniversary of the outrage that killed 52 people and injured around 700 others. He said: “Our thoughts remain with all those affected that day. There will always be those who seek to divide us, but our city remains united in spirit. We will never be cowed by terrorism.” Britain’s top police officer also joined the ceremony at Hyde Park and paid tribute to those “cruelly” murdered in the July 7, 2005 attacks.

Metropolitan Police Commissioner Cressida Dick said: “We remember the people they were, the good they did, the lives they should have been able to lead, so cruelly snatched away.

“We think also of those who were injured, lives turned upside down.

“We think also of the way our great city of London reacted. London was not bowed, we came together, we supported each other and we have continued to fight the scourge of terrorism ever since. I think of my officers and staff who ran towards those terrible scenes, who put themselves in danger and tried to do their best to support those affected.

“On behalf of everybody in the Metropolitan Police Service, we will not forget.” 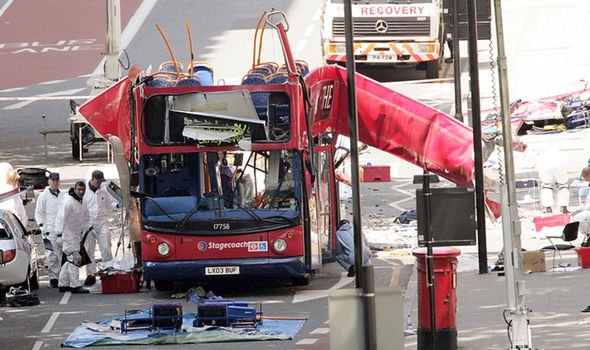 Three of the killers had set out from Leeds to rendezvous with the fourth in Luton, before heading to the capital.

All of the attackers had grown up in Britain.

The ringleader, Mohammad Sidique Khan, 30, had been a primary school teaching assistant and had worked on projects to steer young people away from crime.

The 7/7 atrocity was the deadliest terrorist attack in Britain since the 1988 Pan Am bombing over Lockerbie.