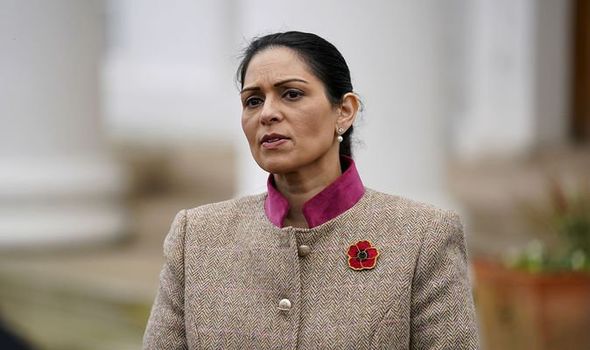 The Home Secretary has announced that the government will table amendments to the Police, Crime, Sentencing and Courts Bill this week to end the mass disruption caused by Insulate Britain and other elements of the Extinction Rebellion movement.

Under the new amendments to be tabled on Monday, blocking a motorway could see someone jailed for up to six months and faced with an unlimited fine.

The current law sets the penalty at a maximum fine of just £1,000 and is not an adequate deterrent for organisations determined to cause widespread disruption and break the law.

Ms Patel said: “Nobody should have unchecked rights to endanger the public – and  themselves – while causing misery for millions in the name of protest.

“There are numerous legitimate ways in which activists can peacefully campaign for meaningful change, and it is right that those who instead choose to pursue a path of anti-social, dangerous disruption should face the prospect of jail.

“It is totally unacceptable that police should be spending their days ungluing faces from dangerous roads. They should be in our communities protecting the vulnerable people who need them most.

“That’s why our Police, Crime, Sentencing and Courts Bill is so necessary. The public expects everyone in Parliament to stand up for the hard-working, law-abiding majority, stand up for the police and back the Bill.”

The move comes after a wave of protests by Insulate Britain have seen motorways and major city roads blocked.

The environmental extremists, who film their protests, have also refused to allow ambulances through with patients carrying life threatening conditions.

Protesters often superglue themselves to the road surfaces in a bid to stop frustrated motorists from pulling them away.

The police have also been criticised for failing to take action against protesters.

They were warned by the Home Secretary to stop the “tea and chit chat” and actually remove protesters from the road.

Insulate Britain wants 26 million homes in the UK insulated but are part of a wider Extinction Rebellion protest which have in the last few years tried to block public transport and at one point took over Westminster around Parliament blocking the main roads.