Nicola Sturgeon has been told to resign as Scottish First Minister with a banner spotted over Edinburgh. An anti-SNP group, The Majority Scot, organised the banner flying, which read “Resign Sturgeon”. A tweet, alongside a video of the plane and banner, read: “It’s up. Over Edinburgh in 25 mins.#ResignSturgeon”.

Majority Scot describes itself as “a new voice for Scotland’s anti-Nationalist majority”.

The group is also behind three digital billboards that appeared in some of Scotland’s main cities today, including Clydeside Expressway in Glasgow, Slateford Road in Edinburgh and Market Street in Aberdeen.

All of the billlboards call on Nicola Sturgeon to resign in bold red lettering.

A statement from the group read: “The campaign is a message to Nicola Sturgeon to take responsibility for her Government’s catastrophic handling of the Alex Salmond Harassment Inquiry, which cost the taxpayer well over £500,000 in damages to Salmond plus hundreds of thousands of pounds more in Scottish Government legal fees, as well as the cost of the ongoing inquiry.” 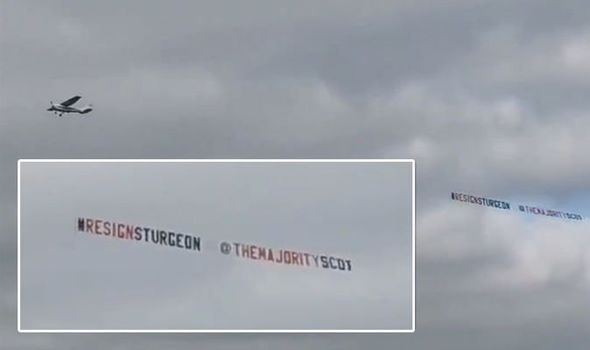 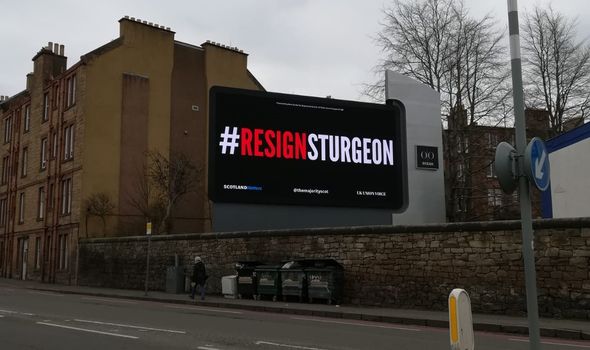 The group added: “Nicola Sturgeon hasn’t taken responsibility. She has not fired anyone.

“The whole of Scotland is talking about her collusion, corruption and cover-up, instead of health, education and jobs. She must resign so the country can move on.”

The Majority claim they represent “the silent majority” of Scots who are “angry and frustrated by Nicola Sturgeon’s shenanigans”.

The SNP leader has come under increasing pressure to quit as SNP leader amid a growing split within her own party. 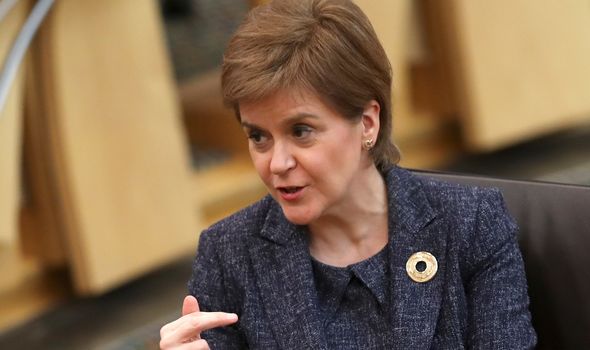 She faced a grilling from MSPs on Wednesday as part of a Holyrood committee investigation into claims there had been a “malicious and concerted” attempt to damage the reputation of her predecessor Alex Salmond.

Scottish Conservatives urged the First Minister to resign over the allegations, which Nicola Sturgeon has strongly denied. 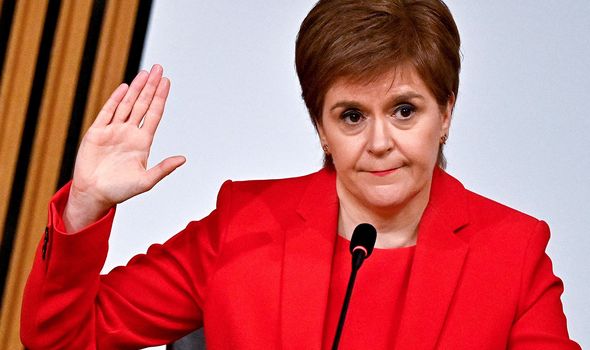 He said: “There is no longer any doubt that Nicola Sturgeon lied to the Scottish parliament and broke the ministerial code on numerous counts.”

In response, Ms Sturgeon’s chief spokesman said the SNP leader had no intention of quitting.

He said: “To call a vote of no confidence in the middle of a pandemic, before hearing a single word of the first minister’s evidence, is utterly irresponsible.”

Ms Sturgeon has said there is no evidence to back up Mr Salmond’s allegations against her.