Omicron panic: Boris braces for a million cases A DAY by Christmas 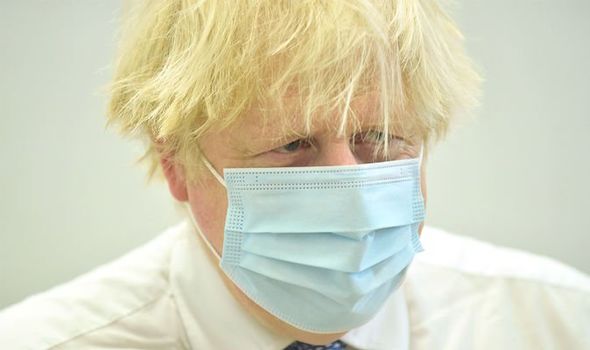 England’s chief medical officer said cases of Omicron are continuing to double at a rate of every two days.

Addressing the Cabinet, which was meeting virtually due to the rapid spread of the new mutation, Professor Whitty added it was currently too hard to know how severe the strain was.

A Downing Street spokesman said: “The Chief Medical Officer updated Cabinet on the latest evidence on the Omicron variant, confirming that the doubling time still appeared to be around two to three days. He said it was too early to say if cases were reducing or plateauing in South Africa but that there was no reliable evidence from South African scientists of a peak in case rates.

“He added that it remained too early to say how severe the Omicron variant was but that we can expect a significant increase in hospitalisations as cases increase.”

It is currently believed there are about 200,000 cases a day, meaning by next week cases could have skyrocketed to as many as a million.

There have been 4,500 cases of the new strain confirmed by a positive test, but health officials say the true figure is greatly hidden.

The spokesman added: “The Prime Minister said a huge spike of Omicron was coming and the measures we aimed to introduce as part of Plan B were balanced and proportionate, helping to reduce transmission while we ramp-up the booster programme.

“The Prime Minister finished by encouraging everyone eligible to get boosted and do everything possible in support of doctors, nurses and vaccinators as they do their vital work.”

All those with Covid must isolate for 10 days under Government rules in order to try and curb the spread of the virus.

It means millions of Britons now risk spending Christmas in isolation due to the surge in cases.