The issue was raised by Sen. Kamala Harris in response to a question about criminal justice. In her answer she cited President Trump’s non-answer in last week’s presidential debate when he was invited to condemn white supremacists, specifically the group known as Proud Boys.

“We are talking about an election in 27 days when last week the president of the United States took the debate stage in front of 70 million Americans and refused to condemn white supremacists and it wasn’t like he didn’t have a chance,” said the Democratic vice presidential nominee, in the 90-minute debate in Salt Lake City moderated by USA Today White House bureau chief Susan Page. “He didn’t do it, and then he doubled down, and then he said when pressed ‘Stand back, stand by.’”

Harris also noted Trump’s insults toward Mexicans at his 2015 campaign launch, his Muslim travel ban and his equivocating about “neo-Nazis” marching in Charlottesville, Va. in 2017, a demonstration that resulted in the death of a counter-protester. 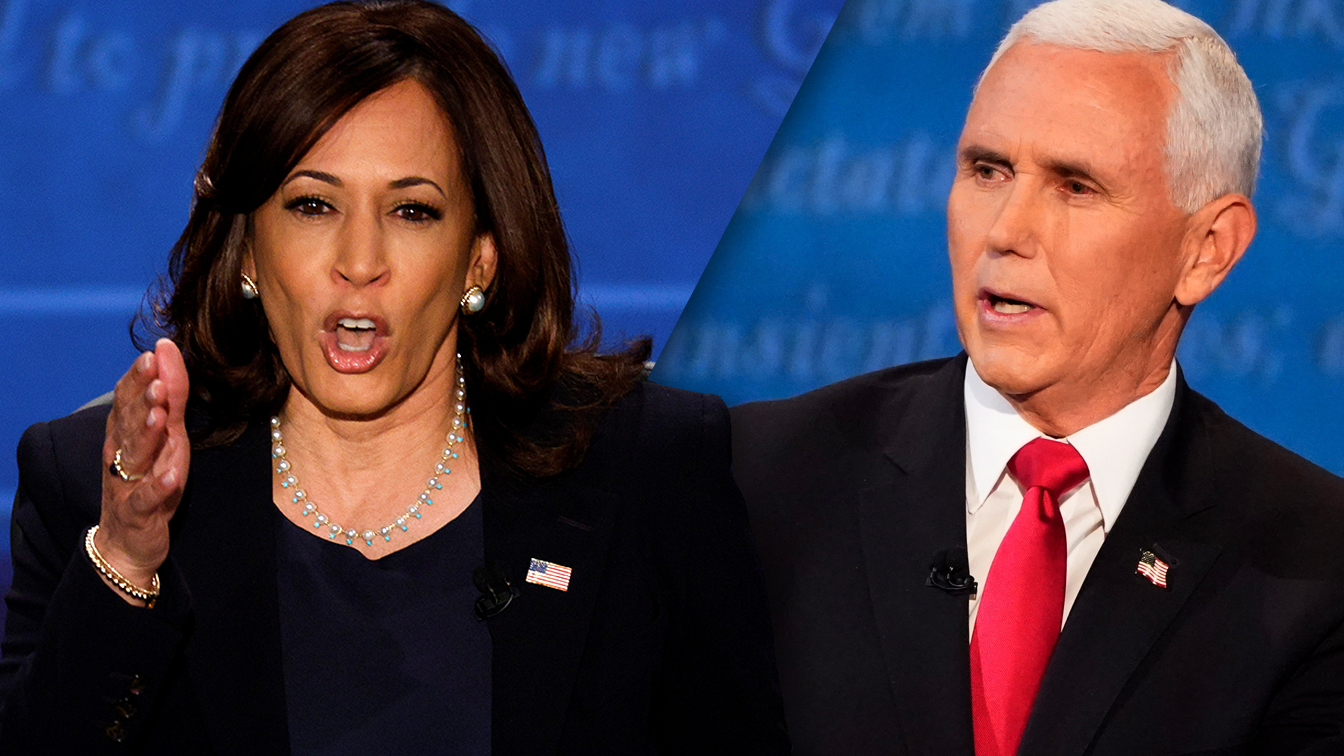 “What do you want to call it?” asked Trump, seeking clarification on what he was supposed to be condemning.

Former Vice President Joe Biden suggested that Trump specifically condemn the Proud Boys, a group of self-described “Western chauvinists” whose members appeared alongside white supremacist groups at the 2017 Unite the Right Rally in Charlottesville and have been a consistent presence during more recent clashes in Portland, Ore.

“Proud Boys? Stand back and stand by,” Trump said, before immediately pivoting, “But I’ll tell you what, somebody’s got to do something about antifa and the left.” The Proud Boys quickly embraced the moment on social media, posting clips of the president’s comment.

“President Trump has Jewish grandchildren,” Pence said. “His daughter and son-in-law are Jewish.” (His daughter Ivanka converted to Judaism when she married Jared Kushner, and they are raising their children as Jews.)

The vice president also defended the grand jury investigation into the police shooting of Breonna Taylor, suggesting it was inappropriate for Harris to cast doubt on the process that resulted in no charges in the death of the 26-year-old Louisville woman. Harris said she didn’t believe justice was served in the case.

“This presumption that you hear consistently from Joe Biden and Kamala Harris that America is systemically racist,” Pence said. “That as Joe Biden said, law enforcement has an implicit bias against minorities, that is great insult to the men and women who serve in law enforcement.”