The Prime Minister is expected to face PMQs scrutiny over the latest COVID restrictions ahead of his televised conference later today. He was forced to issue an apology yesterday after he “misspoke” about the new rules affecting the North East. Mr Johnson was asked if people in the North East could still meet others from different households outside in places including pub gardens. 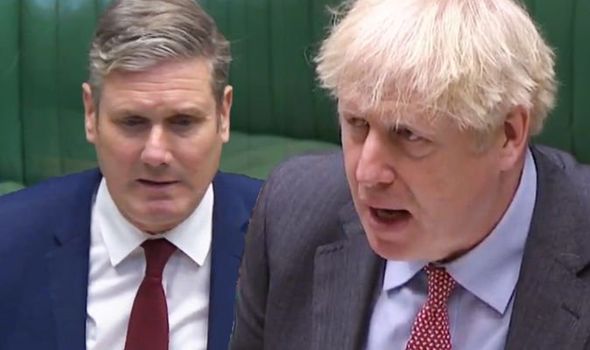 He said: “In the North East and other areas where extra tight measures have been brought in, you should follow the guidance of local authorities – but it’s six in a home, six in hospitality but, as I understand it, not six outside.”

But he quickly backtracked on Twitter and clarified that the new law meant those in the North East “cannot meet people from different households in social settings indoors, including in pubs, restaurants and your home”.

He said: “You should also avoid socialising with other households outside.”

Labour said Mr Johnson was “grossly incompetent” for not knowing the rules.

Follow live coverage of PMQs here from 12pm. See below for rolling updates.