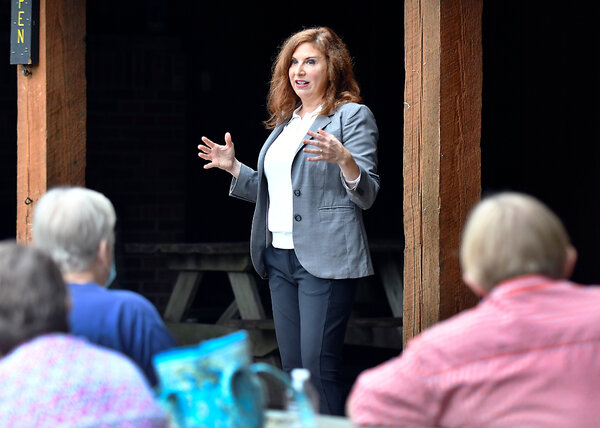 By Emily Cochrane and Catie Edmondson

VERONA, N.Y. — Pushing further into Republican territory one week before Election Day, Democrats are poised to expand their majority in the House while Republicans, weighed down by President Trump’s low standing in crucial battlegrounds, are scrambling to offset losses.

Bolstered by an enormous cash-on-hand advantage, a series of critical Republican recruitment failures and a wave of liberal enthusiasm, Democrats have fortified their grip on hard-fought seats won in 2018 that allowed them to seize control of the House. They have trained their firepower and huge campaign coffers on once-solid Republican footholds in affluent suburban districts, where many voters have become disillusioned with Mr. Trump.

That has left Republicans, who started the cycle hoping to retake the House by clawing back a number of the competitive districts they lost to Democrats in 2018, straining to meet a bleaker goal: limiting the reach of another Democratic sweep by winning largely rural, white working-class districts like this one in central New York where Mr. Trump is still popular. Depending on how successful those efforts are, Republican strategists, citing a national environment that has turned against them, privately forecast losing anywhere from a handful of seats to as many as 20.

That is starkly at odds with Mr. Trump’s own prediction just days ago that Republicans would win back control of the House, which Speaker Nancy Pelosi declared “delusional,” echoing the private assessments of many in the president’s own party.

“The Democrats’ green wave in 2018 has turned into a green tsunami in 2020, which combined with ongoing struggles with college-educated suburban voters, makes for an extremely challenging environment,” said Corry Bliss, a Republican strategist who helped lead the party’s failed 2018 effort to protect its House majority, referring to the torrent of Democratic campaign cash. “There are about a dozen 50-50 races across the country, and the most important factor in each is if the president can close strong in the final stretch.” 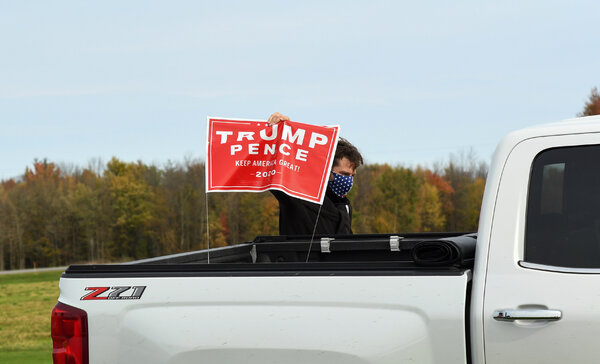 The terrain for House Republicans was not supposed to be this grim. But Mr. Trump’s stumbling response to the pandemic and inflammatory brand of politics have alienated critical segments of the electorate, particularly suburban voters and women, dragging down congressional Republicans and opening inroads for Democrats in districts that once would have been unfathomable.

“I don’t think too many people would have thought that at the beginning of this cycle, but we are playing deep into Trump country,” Representative Cheri Bustos of Illinois, the chairwoman of House Democrats’ campaign arm said, noting that “a third of a billion dollars” and strong recruits had yielded “a good secret sauce.”

Eyeing new opportunities in districts that have traditionally been conservative strongholds, Democrats have charged into suburbs across the country. In the Midwest, they are targeting Representatives Don Bacon of Nebraska, Ann Wagner of Missouri, and Rodney Davis of Illinois. They are also storming once ruby-red swaths of Texas, positioning themselves within striking distance of picking up as many as five seats on the outskirts of Houston and Dallas.

Perhaps nowhere is the dynamic on starker display than outside Indianapolis, in a sea horse-shaped district held by Representative Susan W. Brooks, Republican of Indiana, who is retiring. One of the state’s wealthiest and most educated districts, its voters have been reliably conservative, sending Republicans to the House since the early 1990s and supporting Mr. Trump in 2016 by 8 points.