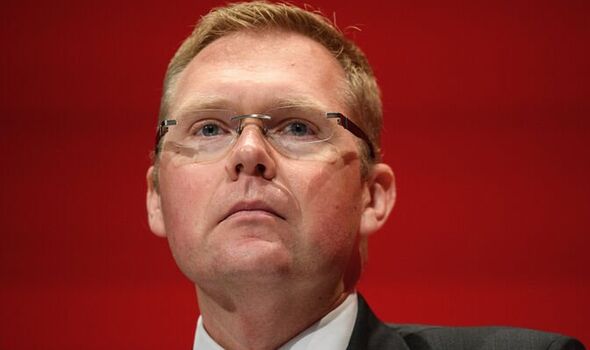 Nick Forbes, 48, who had served as council leader for more than a decade, said he was “immensely sad” to have lost a vote to be reselected for Labour in the local elections in May. Seen as a moderate or centrist, Mr Forbes has led the Labour-run local authority since 2011 and has been a controversial figure during austerity, making cuts which he said were forced on him by central government.

Labour sources said the hard Left had “taken him out” on Tuesday night when he lost a vote to be selected as a Labour candidate for the Arthur’s Hill ward, after more than 20 years as a councillor, with Abdul Samad winning instead.

One told the Daily Telegraph said: “I think that the Left have taken Nick out.

“But he has enemies on other sides of the party as well, because there’s a long-standing kind of local division in Newcastle.”

Another source said Mr Forbes, who sometimes attends the shadow cabinet, had opposed Jeremy Corbyn when he was party leader, which made him a “target for left-wingers”.

He survived a leadership challenge last year, but the insider felt it was unlikely Mr Forbes would try to gain selection in another ward as he could be targeted again.

The source added: “What makes it particularly brutal is if he had just been defeated as council leader he could have stayed as a councillor and remained on the LGA, but if he is not an elected representative, that’s the end of it.”

The source suggested as well as having pro-Corbyn enemies, Mr Forbes did not navigate the “cliques” of local Newcastle politics, sticking to his own side too much.

Mr Forbes, 48, is also a member of the party’s National Executive Committee and a senior figure in the Local Government Association.

He will lose his place on the council unless he is parachuted in as a candidate in another Newcastle ward.

In a statement he said he was now considering whether to try to do that, adding he was proud of what he had achieved in the ward, was “immensely sad” that he had not been selected and congratulated Mr Samad on his win.

He added: ”The Labour Party’s selection processes in the city have not yet been completed and a number of party members have already approached me asking if I will stand in a different ward in the city.

”I would now like to take some time to consider these options for the future.”

In 2019 Mr Forbes failed in a bid to become Labour candidate for North of Tyne mayor, losing to eventual winner Jamie Driscoll, who is from the left of the party.