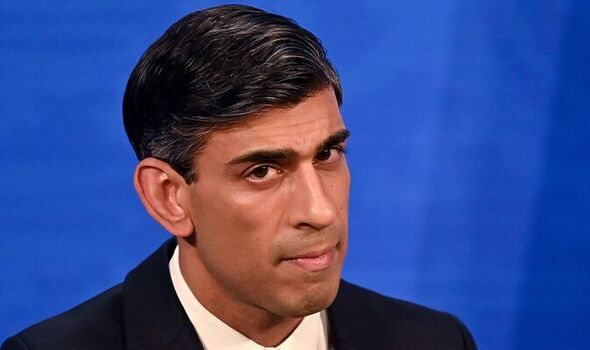 Official data revealed the Chancellor did not borrow money last month as the economy continues to bounce back to life following the worst of the pandemic. That was the first monthly budget surplus since February 2020, just before Covid-19 forced the UK into lockdown.

The improvement came as tax income rose to £91.6billion, some £8.6billion more than in January last year. Boris Johnson announced in September that NI contributions would go up by 1.25 per cent to pay for the social care system in England in a bid to end the “unpredictable and catastrophic costs” faced by many.

That move is predicted to raise £36billion which – in the early years – will be used mainly to bankroll the backlog in the NHS.

But yesterday’s welcome figures seem set to lead to calls for the planned NI increase to be delayed amid the cost-of-living crisis.

Isabel Stockton, a research economist at the Institute for Fiscal Studies, said the data suggest that borrowing remains likely to come in below that forecast in the Budget.

She added: “Some have suggested that lower-thanexpected borrowing figures should lead the Chancellor to provide more support to households, on top of that announced earlier this month, to cope with the fast-increasing cost of living. In truth, the latter has little to do with the former.

“The Chancellor could certainly delay tax rises, uprate benefits with a more up-to-date measure of inflation in April, or implement further one-off support. But tax rises were introduced to tackle long-run challenges, notably in health and social care, which have in no way less pressing. If the Chancellor decides to delay tax rises this spring, he will need to find ways to commit credibly to other ways of dealing with these spending pressures.”

However, the Office for National Statistics figures also showed that rampant inflation led to interest payments on Government debt hitting £6.1billion last month.That is the highest amount in any January since records began in April 1997 and up from £4.5billion on last year.

The payments are pegged to the Retail Prices Index measure of inflation, which reached 7.8 per cent last month.

Those interest payments were, however, below the all-time high of £9billion in June last year.

Mr Sunak said: “We provided unprecedented support throughout the pandemic to protect families and businesses and it worked.

“But debt has increased substantially and there are further pressures on the public finances, including from rising inflation.

“Keeping the public finances on a sustainable path is crucial so we can continue helping the British people when needed without burbecome dening future generations with high-debt repayments.”

In spearheading efforts as post- Brexit Britain seeks to tap into the growing region, she will host the first UK-Indonesia Joint Economic and Trade Committee in Jakarta.

Ms Trevelyan, who will also visit Singapore and Japan to beef up trade links, called it an “exciting milestone” in the UK’s strategic within the Indo-Pacific.