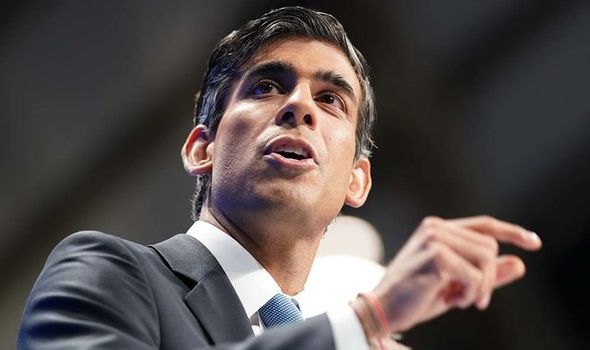 The Chancellor has been heavily criticised since he announced he was suspending the mechanism – a key pledge in the 2019 Tory general election manifesto – in the autumn budget.

Yesterday Mr Sunak said there are “lots of other support measures” for pensioners – but peers are set to launch a final last ditch attempt today to stop the triple lock suspension from happening.

He shelved the measure to avoid having to lift payments by a record eight per cent in line with an earnings boom, fuelled by workers returning from furlough post-pandemic.

His decision saved the Treasury an estimated £6billion a year but it will cost pensioners around £2,600 each over the next five years.

Speaking to the Commons Treasury Committee, the Chancellor highlighted winter fuel payments and free prescriptions as examples of how pensioners are aided.

He said: “There’s lots of other support for pensioners separate to the state pension and, actually, pensions relative to earnings in this country are the highest they’ve been in over 30 years.”

Mr Sunak added that reducing the pension triple lock to a double lock for a year from 2022/23 was “a reasonable and fair thing to do in the circumstances”.

He told the committee that his tax and spending increases will help boost the quality of life for millions of Britons.

He added: “We can look at the taxes and, yes, people are paying more, they’re going to pay the new health and social care levy, no one is pretending otherwise, that takes money from people. That’s why in an ideal world I would prefer not to have to put taxes up on people. But you do get something for that money…

“People’s quality of life is also influenced by the quality of the public services that they get.”

But the Chancellor vowed to cut taxes in the long run: “That’s very much my goal, my mission, over the remainder of this Parliament, and we took a step in that direction at budget.”

Asked whether he raised taxes to cut them shortly before the next general election, Mr Sunak said: “The last thing I would do is voluntarily raise taxes.

“It’s to fix the damage that coronavirus has done, it’s to make sure the NHS can get the resources it needs to recover from a pandemic where the backlog was going to stretch to unacceptable levels, and to fund what are landmark reforms of the social care system which other governments have not done.”

The Government’s Office for Budget Responsibility has said the Chancellor is in for a “wild ride” if he aims to cut the deficit under new rules announced at the budget.

They told the committee that the amount of wiggle room he has to do so and reduce national debt in the next three years is the second smallest level on record.

Additionally, they predicted that inflation will tumble in between six months and a year’s time but said the swathes of people leaving the UK workforce may keep it high.