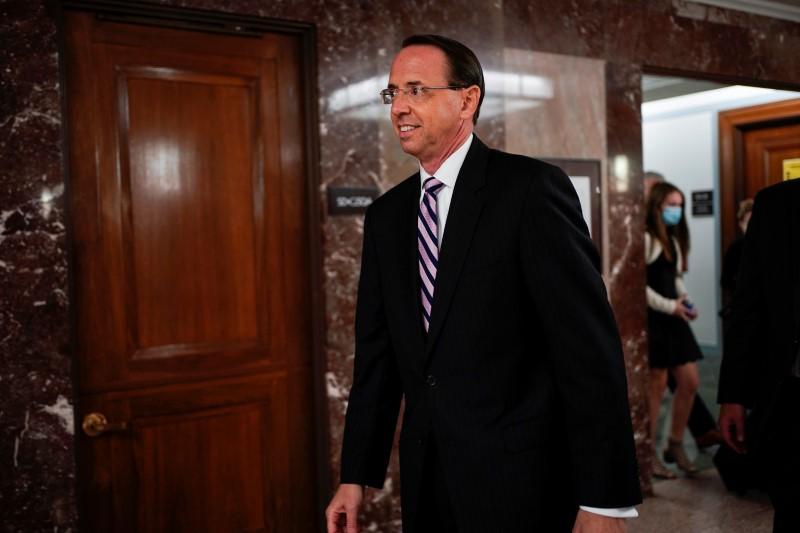 His remarks were likely to be welcomed by Trump and his Republican allies, who claim the president and his officials were treated unfairly by officials involved in the probe, including former FBI Director James Comey and former FBI Deputy Director Andrew McCabe.

Rosenstein, testifying about his role in the FBI investigation code-named “Crossfire Hurricane,” which Trump has condemned as a conspiracy, said problems with warrant applications to surveil campaign officials including Carter Page were not brought to light until last December by the Justice Department’s inspector general.

“Every application that I approved appeared to be justified based on the facts it alleged, and the FBI was supposed to be following protocols to ensure that every fact was verified,” Rosenstein told the Senate Judiciary Committee in written testimony.

Democrats have raised concerns Republicans could use the Senate probe to attack Trump’s rival Joe Biden, the presumptive 2020 Democratic nominee in the Nov. 3 presidential election. Biden was vice president in 2016 when the FBI opened the probe.

Mueller concluded that Russia interfered in the election to boost Trump’s candidacy but that the evidence did not establish a conspiracy between the campaign and Moscow.