Home » Politics » Rosenstein to testify in Senate on Trump-Russia probe

Rosenstein to testify in Senate on Trump-Russia probe 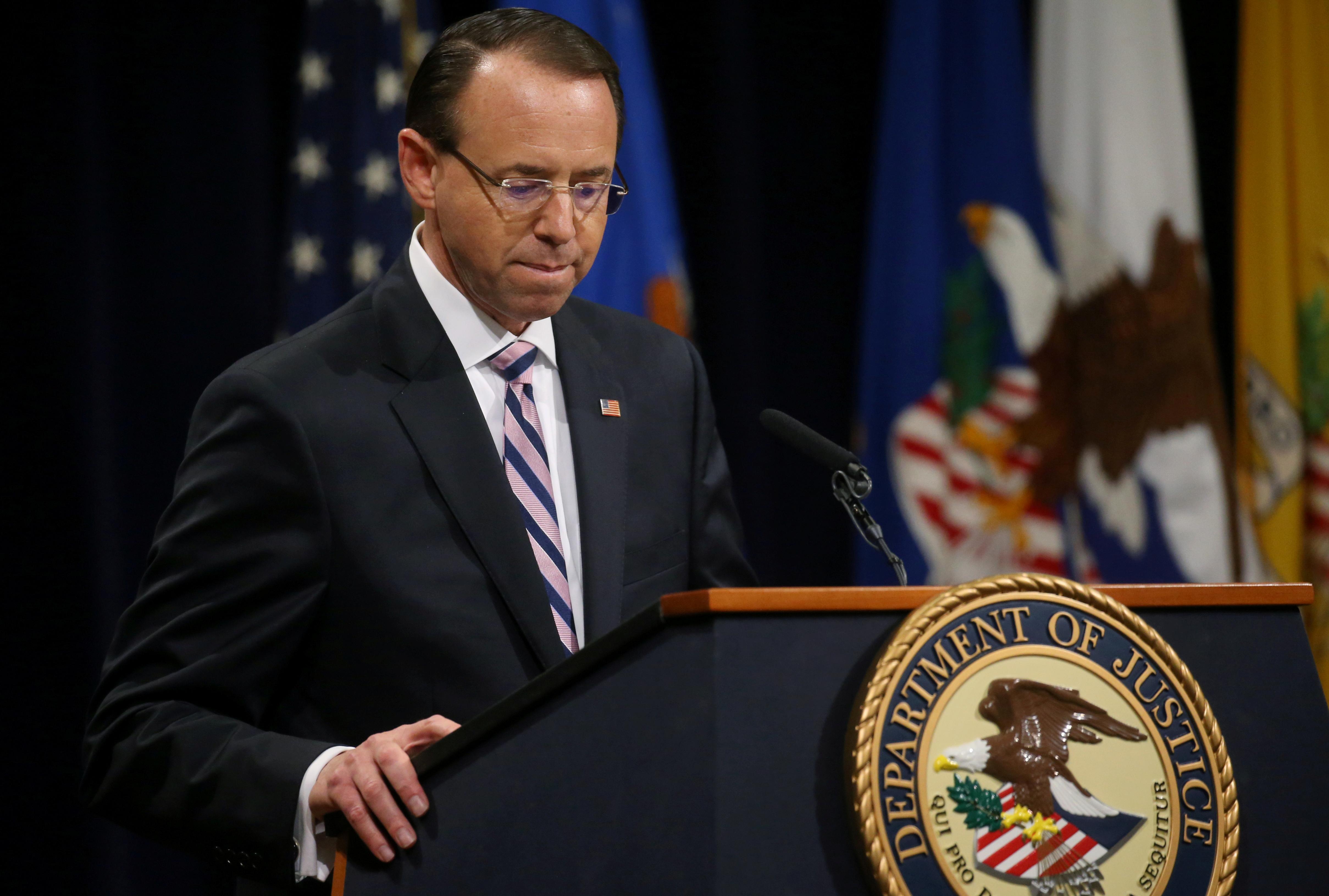 WASHINGTON (Reuters) – A key figure behind the U.S. investigation into links between Russia and President Donald Trump’s 2016 election campaign will testify next week before a Republican-led Senate committee examining the origins of the probe, the panel said on Wednesday.

Trump and his Republican allies claim the probe was intended to undermine his candidacy and presidency. In December, a Justice Department watchdog found evidence of numerous errors but no political bias when the FBI opened the probe.

“Even the best law enforcement officers make mistakes and … some engage in willful misconduct,” Rosenstein said in a statement on Wednesday.

“We can only hope to maintain public confidence if we correct mistakes, hold wrongdoers accountable and adopt policies to prevent problems from recurring,” he added.

The Rosenstein hearing is set a day before the Senate Judiciary Committee will vote whether to subpoena Rosenstein, former FBI Director James Comey and other former top officials from the Obama administration, as part of its probe.

The Mueller probe found that Russia sought to interfere in the 2016 election to boost Trump’s candidacy and that the Trump campaign had numerous contacts with Russians. But Mueller concluded that there was not enough evidence to establish a criminal conspiracy between the Trump campaign and Moscow.