Just before PMQs Sir Lindsay Hoyle called for Boris Johnson and the Conservative Government to rebuild trust within the House of Commons. He also criticised the lack of clarity from the Prime Minister surrounding amendments to the Coronavirus Act and stated the Government had shown contempt.

“I have therefore decided not to select any of the amendments to the motion.

“As I hope my early comments show I have not taken this decision lightly.

“I am looking to the Government to remedy a situation I regard as completely unsatisfactory. 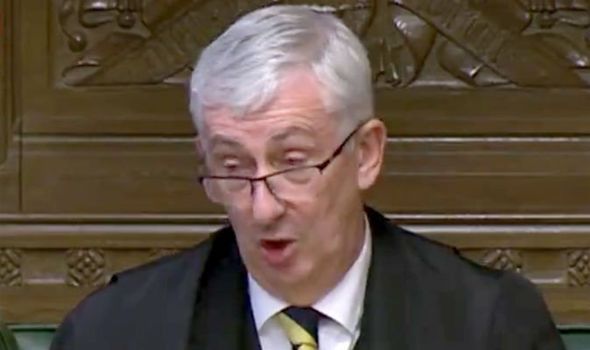 “I am now looking to the Government to rebuild the trust with this House and not treat it with the contempt that it has shown.”

He added: “When I became Speaker I made it clear that I would take decisions on matters relating to procedures guided by professional advice.

“I have concluded on the basis of advice that I received that any amendment to the motion before the House risks giving rise to uncertainty about the decision the House has taken.

“This then risks decisions that are rightly the responsivity of Parliament ultimately being determined by the courts.”

Last week the House of Commons descended into chaos as Sir Lindsay Hoyle was forced to intervene and warn both whips regarding the conduct of their MPs during Prime Minister’s Questions.

Sir Lindsay Hoyle stated that he could not hear what Mr Johnson was saying and questioned whether viewers of PMQs would be having the same problem.

The Speaker said: “I will just say to the whip there is a little bit of rowdiness coming from here.

“We are having a little bit from this side as well.

“I want to be able to hear the Prime Minister.

“When I can’t hear the Prime Minster, I do worry about the people who are watching proceedings.

“If you have any further comments please do so and speak to me afterwards.”