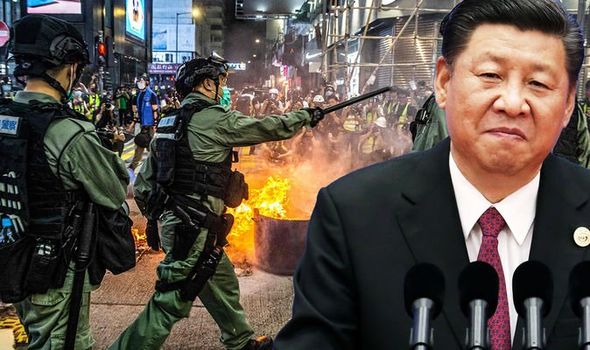 In an exclusive interview with the Sunday Express, David Lin has said that he hopes that international pressure on the Communist regime in Beijing will force a rethink and make it show restraint.

Meanwhile, 64 percent approve of the UK Government’s decision to grant holders of the British overseas passport in Hong Kong the right to live and work in the UK with a pathway towards citizenship.

And 40 percent say this decision should apply to the wider Hong Kong community beyond the 300,000 current BNO passport holders.

Representative Lin spoke to the Sunday Express just a week after the People’s Republic of China renewed military threats against his country whose formal international recognition it has vetoed.

Last week the Sunday Express revealed that discussions are taking place in the government over whether Taiwan should be formally recognised in the wake of deteriorating relations with China.

Responding to that story, Ambassador Lin said: “We are also very optimistic that things will get better.

“But for us we are realistic. We are hoping we can promote our relations then we do see a closer partnership in specific centres like offshore wind or dealing with coronavirus. There are some positive signs. We are hoping things will get better.”

One of the historic supporters of Taiwan was Baroness Thatcher who visited the country in 1992 shortly after she stopped being Prime Minister.

It is a time which still brings back happy personal memories for Mr Lin.

“I was there. I met her. I was at the airport to welcome her and her husband (Sir Dennis),” he said.

Mr Lin said that the decision by Beijing to end the “one country, two systems” agreement with Hong Kong was “deeply concerning”.

He said: “They [the Chinese communist government] are a bully and that has no attraction to people in Taiwan.”

He went on: “We are very concerned about the situation in Hong Kong.

“It is very important at this juncture that the international community shows its concern. “Britain in concert with other countries like Canada, Australia and New Zealand as well as the United States to together show concern then we can progress.

“The one country two system formula is under serious threat. Some people say it may already have come to an end and there will be just one system the Communist system – it’s not good for the Hong Kong people. 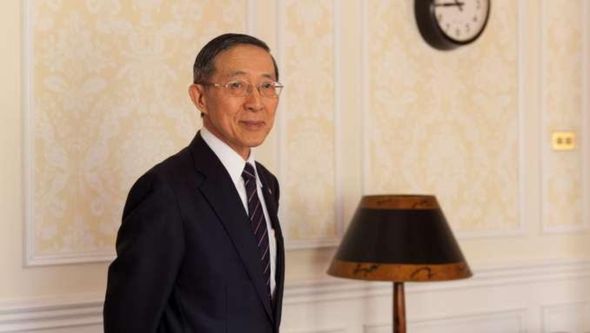 “Hopefully the international concern can put some pressure on China to exercise more restraint.”

He confirmed that Taiwan will give humanitarian assistance to people from Hong Kong and welcomed Britain taking in those who want to escape direct rule from China.

“We are hoping China will be more sensible after the new national security law was announced.

“I’m not that optimistic to be honest. These are the things we have to do and should do to make China understand that there is broad international support not only from the UK but other democracies and like minded countries.”

He noted that the two system approach which had allowed Hong Kong to maintain its democracy after Britain handed it back to China in 1997 was originally designed for Taiwain to persuade them to join the People’s Republic of China.

Taiwan was created from the opponents of Communist rule and since the People’s Republic of China started in 1949 it has remained independent.

Ambassador Lin said: “We see Hong Kong like a testing ground so if the situation is doing well eventually it will be more attractive for people in Taiwan. But now Hong Kong has run into such difficulty China has lost a lot of credibility on the one country two system formula.”

“Economic relations between Taiwan and China are still very close. China is our number one trading partner for many years. We have close economic cooperation, education, culture, a lot of interaction.

“We have also made it very clear that Taiwan is not interested in any military confrontation. It’s not good for Taiwan but it is not good for China either.”

Despite China preventing Taiwan from being recognised the two have close links which included direct flights to Wuhan.

This meant while China was allegedly covering up coronavirus Taiwan realised what was happening and tried to alert both Beijing and the World Health Organisation which has controversially ignored Taiwan and faced criticism for it.

But the early warning meant the country went into lockdown in January meaning it has had around only 450 cases and seven deaths.

“When Saars happened in 2003 Dr Chen was minister of health so he had a lot of experience in dealing with Saars and now he is also very useful to deal with coronavirus,” Mr Lin explained.