Home » Politics » Sturgeon on a knife-edge: Could Nicola Sturgeon be forced to resign within days?

Sturgeon on a knife-edge: Could Nicola Sturgeon be forced to resign within days?

Scotland’s First Minister Nicola Sturgeon has been embroiled in a bitter row with her predecessor Alex Salmond over harassment claims made against him in 2018. After Mr Salmond was cleared of all charges, two inquiries began – both of which will be published this week, just before Holyrood packs up to begin an election.

The most serious inquiry for Ms Strugeon expected early this week was led by James Hamilton, Ireland’s former director of public prosecutions.

Mr Hamilton’s inquiry is examining whether Ms Sturgeon breached the ministerial code by interfering with the civil service investigation into the allegations against Mr Salmond, or by misleading parliament.

If she is found to have purposefully breached the code it will have dire consequences for the politician.

The code states that any government minister who is found to have deliberately misled parliament would be expected to resign. 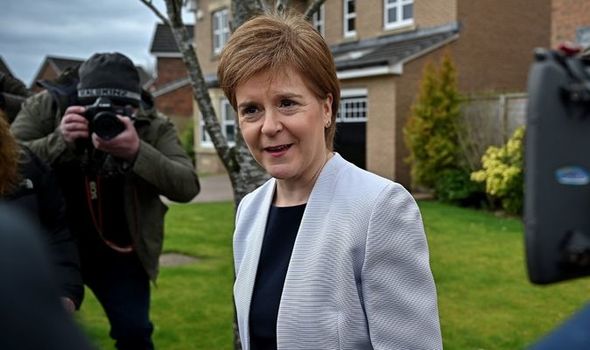 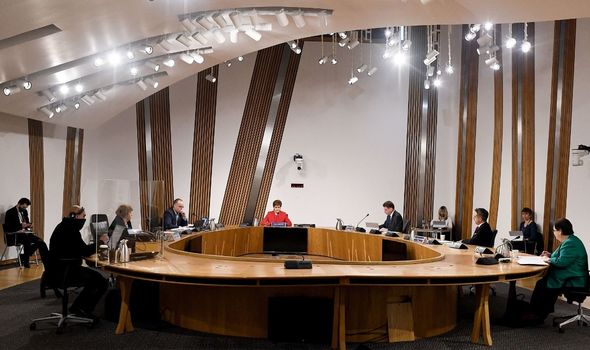 This would come just days after another inquiry – investigating how the Scottish government handles the initial complaints against Mr Salmond, conducted by a committee of MSPs – saw a majority of MSPs agreeing that Ms Sturgeo misled their inquiry ahead of the official inquiry publication also expected this week.

Scottish Conservatives have widely called for Ms Sturgeon to resign.

Douglas Ross, Scottish Conservative leader, told the BBC: “All the evidence points to the fact that Nicola Sturgeon misled parliament, misled the people of Scotland and has to resign.

“I have said for weeks that evidence against Nicola Sturgeon has been mounting, it has been growing and it is clear she has breached the ministerial code.

“You cannot continue as first minister of Scotland if you have misled Parliament and breached the ministerial code.” 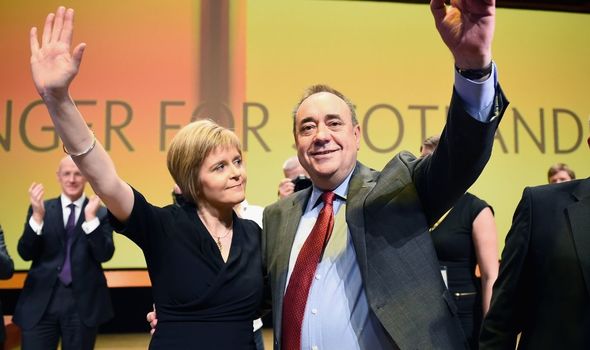 Scottish Labour leader Anas Sarwar said it would be “incredibly serious” if the committee concluded that the first minister had misled parliament and potentially breached the ministerial code.

He added: “This is about the integrity of our Scottish Parliament and upholding standards in public life.”

However, the first minister said she stands by all of the evidence she gave to the committee earlier this month.

She told Sky News: “What has been clear is that opposition members of this committee made their minds up before I uttered a single word of evidence. Their public comments have made that clear.

DON’T MISS:
UK vindicated: Major US trial shows NO health concerns for AstraZeneca [BREAKING]
EU vaccine war escalates as bloc rejects Covid jabs to UK from Holland [INSIGHT]
Lockdown rules changing THIS WEEK – What can you do from March 29? [EXPLAINER]

“So this very partisan leak before they’ve actually finalised the report is not that surprising.

“Let’s wait and see the final report, but more importantly the question of whether or not I breached the ministerial code is being considered independently by James Hamilton and I hope and expect he will publish that report soon.”

And the first minister’s spokesman said that the committee “appears to have resorted to baseless assertion, supposition and smear”.

However, it will be harder to dismiss the results from the Hamilton inquiry if they are in line with the first. 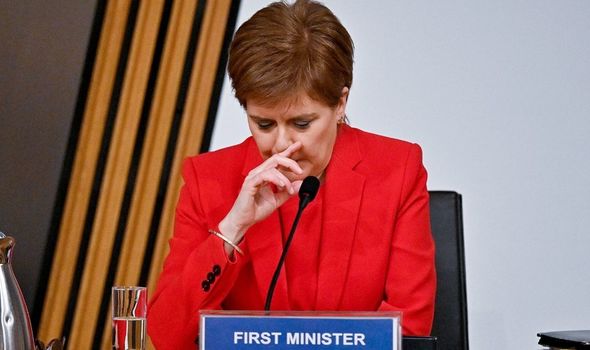 While precedent would expect Ms Sturgeon to resign if the independent inquiry result isn’t in her favour, this is not guaranteed.

Many of the first minister’s supporters expect her to lead the SNP into the parliament election on May 6.

The row has divided the SNP ahead of the election, with some prominent MPs and many grassroots activists openly backing Mr Salmond.

Some opinion polls have suggested that the fallout could threaten the SNP’s hopes of winning an overall majority in the election – although it remains on course to once again finish as the largest party.