The conclusion of Donald J. Trump’s impeachment trial was briefly cast into doubt on Saturday after a last-minute request for witness testimony threatened to extend a proceeding on whether the president had incited the Jan. 6 Capitol riot that had been on the verge of wrapping up. But the House impeachment managers who had raised the request quickly dropped the issue, paving the way for closing arguments and a vote that delivered Mr. Trump’s second acquittal of high crimes and misdemeanors.

Here are some takeaways from the fifth day of the trial.

The Senate acquits Trump on an incitement charge for the Capitol riot. 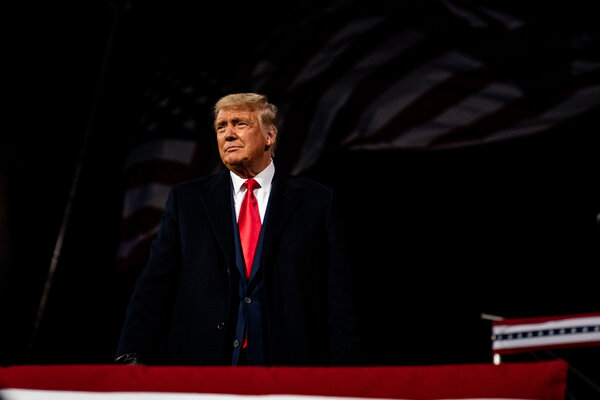 In a 57-to-43 vote, the Senate handed down an acquittal for Mr. Trump for the second time in 13 months. But it was the most bipartisan support for conviction of any of the four impeachments in American history.

Democrats needed 17 Republicans to vote with them to convict Mr. Trump of a single charge of “incitement of insurrection” for his role in the Capitol assault. In the end, only seven broke ranks, but that was one more than expected, with Senator Richard M. Burr of North Carolina crossing party lines.

In the closing arguments, Mr. Trump’s defense team denounced the deadly violence on Jan. 6 and maintained that the former president was maligned by a biased news media and was the victim of a protracted “vendetta” by his political opponents.

Representative Joe Neguse of Colorado, one of the impeachment managers, raised the prospect of more politically motivated attacks in the future should Mr. Trump not be held accountable.

What You Need to Know

Business News:
GameStop shares surge over 40% after Cohen tapped to lead e-commerce pivot
The McRib is back at McDonald's — but two surprising states are not serving the beloved sandwich
U-Haul to stop hiring nicotine users in these 21 states
Shares, dollar celebrate U.S. stimulus, oil at one-year top
To Juice the Economy, Biden Bets on the Poor
Recent Posts