The Biden administration, siding with some world leaders over the U.S. pharmaceutical industry, came out in favor of waiving intellectual property protections for coronavirus vaccines. 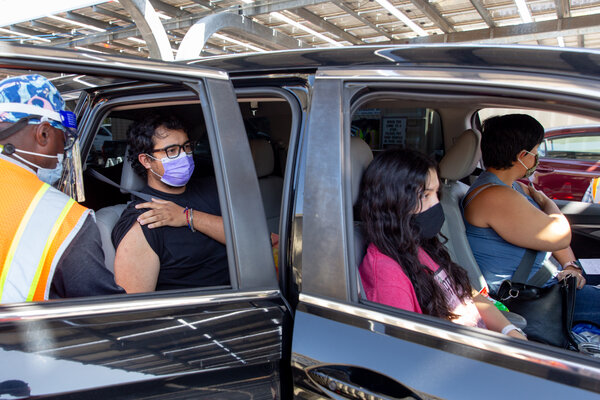 WASHINGTON — The Biden administration came out on Wednesday in support of waiving intellectual property protections for coronavirus vaccines, siding with international efforts to bolster production amid concerns about vaccine access in developing nations.

The United States had been a major holdout at the World Trade Organization over a proposal to suspend some of the world economic body’s intellectual property protections, which could allow drugmakers across the globe access to the closely guarded trade secrets of how the viable vaccines have been made. But President Biden had come under increasing pressure to throw his support behind the proposal, drafted by India and South Africa and backed by many congressional Democrats.

Katherine Tai, the United States trade representative, announced the administration’s position on Wednesday afternoon, as the pandemic continues to spiral in India and South America.

“This is a global health crisis, and the extraordinary circumstances of the Covid-19 pandemic call for extraordinary measures,” she said in a statement. “The administration believes strongly in intellectual property protections, but in service of ending this pandemic, supports the waiver of those protections for Covid-19 vaccines.”

Support from the White House is not a guarantee that a waiver will be adopted. The European Union has also been standing in the way, and changes to international intellectual property rules require unanimous agreement. Ms. Tai said the United States would participate in negotiations at the World Trade Organization over the matter, but that they would “take time given the consensus-based nature of the institution and the complexity of the issues involved.”

Standing against her will be the pharmaceutical industry, which responded angrily to the extraordinary decision. Stephen J. Ubl, the president and chief executive of the Pharmaceutical Research and Manufacturers of America, called the announcement “an unprecedented step that will undermine our global response to the pandemic and compromise safety.”

“This decision will sow confusion between public and private partners, further weaken already strained supply chains and foster the proliferation of counterfeit vaccines,” he said in a statement, adding that the move would have the effect of “handing over American innovations to countries looking to undermine our leadership in biomedical discovery.”