Teenage killers like the mastermind of the Manchester Arena bomb attack could spend the rest of their days behind bars under a new “life means life” sentencing shake-up.

Plans to lower from 21 to 18 the age at which murderers can be jailed for life without parole are being unveiled by the government and could become law next year.

The move follows the failure to jail Hashem Abedi – found guilty of murdering 22 people in the Manchester Arena attack – for life because he was 20 at the time of his crime in May 2017. The judge at Abedi’s trial, Mr Justice Jeremy Baker, said that while the prosecution favoured a whole life order he was precluded from passing it, so instead jailed him for 55 years.

Announcing the shake-up, Boris Johnson declared: “I am determined to restore confidence in the criminal justice system and fundamental to that is ensuring the public is kept safe.

“Protection has to be the priority. That is why we are changing sentencing laws to keep the most dangerous offenders behind bars for longer, recruiting 20,000 more police officers to catch them, and making sure the prison and probation service have the powers they need to rehabilitate and stop reoffending.”

Writing in the Sunday Express, Mr Johnson added: “To be absolutely clear, we’re not talking about permanently locking up young people who make teenage mistakes or commit youthful indiscretions.

“But if – like Manchester Arena bombing accomplice Hashem Abedi – you plot, in a cold, calculating and deliberate manner, to murder and maim dozens of people then it doesn’t matter if you’re ‘only’ 18, 19 or 20 when you do so.

“You’re an adult, and a judge should have the power to keep you off the streets for life – and we’re going to lower the minimum age for whole-life sentences to 18 so that can happen.”

Although the crackdown, being proposed in a white paper by the Justice Secretary Robert Buckland, is aimed mostly at teenage terrorists, it will also include tougher sentences for death by dangerous driving.

A so-called “Violet-Grace’s law”, named after a four-year-old girl killed by a speeding driver in a stolen car, would increase the maximum sentence for causing death by speeding, racing or using a mobile phone from 14 years to life.

Violet-Grace Youens died when Aidan McAteer, 23, mounted the pavement in a Ford Fiesta stolen from a community worker who helped rehabilitate young offenders in Merseyside. 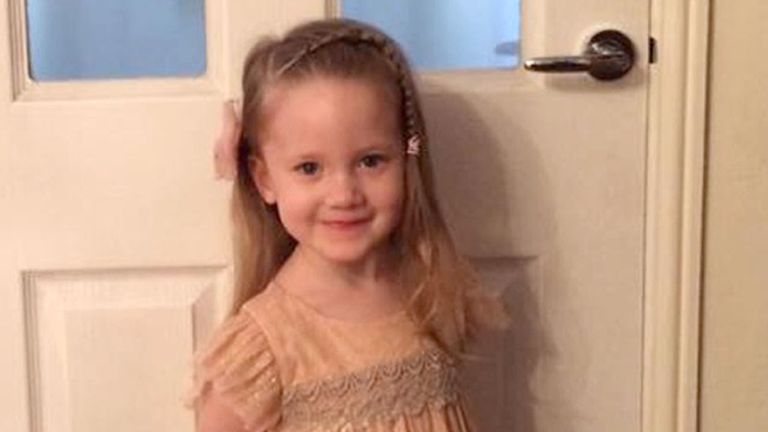 The car went through two red lights and passed a police car before McAteer, who did not have a driving licence, lost control, hit a kerb, then crashed into Angela French, who had her granddaughter, Violet-Grace, in her arms.

In July this year, former prime minister Theresa May introduced a private member’s bill in the Commons proposing raising the maximum sentence for death by dangerous driving while drunk or on drugs from 14 years to life.

Mrs May’s campaign came after a constituent, Bryony Hollands, 19, was killed when a driver high on drugs and drink mounted a pavement hitting her and her boyfriend.

The driver, Thomas Burney, 26, was sentenced to just eight years in prison.

Another proposal from Mr Buckland is longer jail terms for teenage killers, a so-called “Ellie’s law”, named after 17-year-old Ellie Gould, who was murdered by ex-boyfriend Thomas Griffiths, also 17, after she ended their relationship.

Other proposals in the white paper, due to be published on Wednesday, will include:

It is claimed the proposals are “the most radical reforms to sentencing in almost 20 years”.

Mr Buckland said. “From longer jail time for dangerous criminals to new measures to improve rehabilitation and cut reoffending – we are delivering a system that is more equipped than ever to crack down on crime, which the public can have confidence in to keep them safe.”

Mr Buckland wrote in the Sun on Sunday: “Child killers will face life behind bars with no chance of release. Even more rapists and violent thugs will be made to serve longer in prison.

“We will create new powers to block the early release of prisoners who become a terror threat while in prison.

“Judges will finally be able to impose whole-life sentences on 18 to 20-year-olds in exceptional circumstances as was clearly needed for the brother of the Manchester Arena bomber.

“Teenage killers can expect to face prison sentences much closer to those over 18, in a law in honour of Ellie Gould who was murdered by her jealous ex-boyfriend.”

The sentencing shake-up was promised in the December 2019 Conservative manifesto, which pledged to introduce “tougher sentencing for the worst offenders and end automatic half-way release from prison for serious crimes”.