Former UKIP and Conservative MP Douglas Carswell took to Twitter to highlight bitter infighting on the continent. He publicly celebrated the fact that six months after Brexit, Britain no longer has an obligation to sit at the table with the EU27 to try to find common ground on contentious issues.

On Sunday the talks between EU leaders extended well into the night with bad-tempered exchanges between warring factions.The bloc has been trying to agree to a solution on how to manage their response to the economic problems caused by the coronavirus crisis which has swept the globe.

According to The Guardian, French President Emmanuel Macron grew so frustrated during negotiations that he slammed his fist down on the table.

Threatening to walk out, Mr Macron fumed against “sterile blockages”. 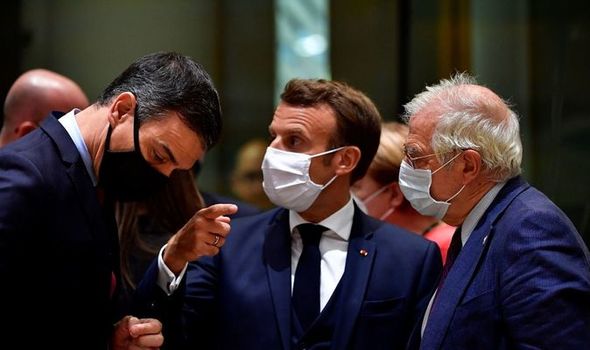 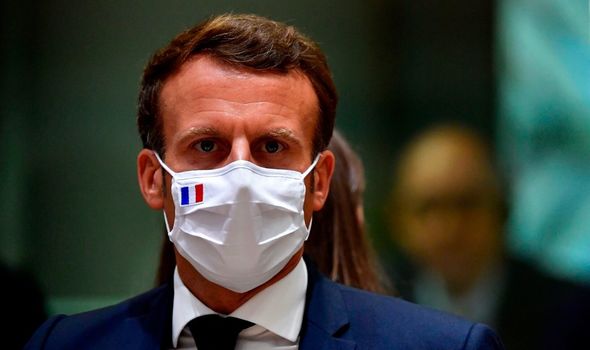 He took aim at Dutch Prime Minister Mark Rutte accusing him of behaving like David Cameron, according to The Guardian report.

Polish Prime Minister Mateusz Morawiecki also railed against the “frugals”, branding them “a group of stingy, egotistic states that look at things very narrowly through the prism of their own interests”. 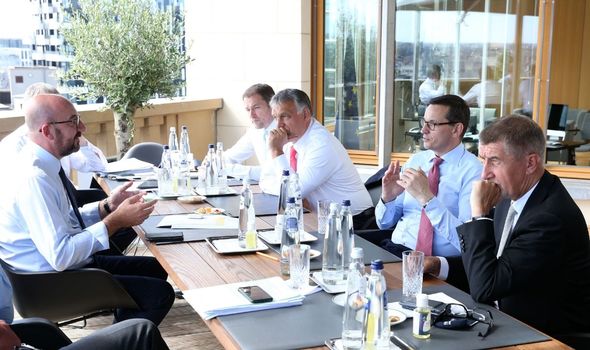 Poland would be a top beneficiary of the coronavirus recovery package, receiving tens of billions of euros in grants and cheap loans, along with high-debt Mediterranean-rim countries that have taken the brunt of the pandemic in Europe.

The talks did not wrap up until 5.45am on Monday morning.

Today, EU leaders appeared to be nearing agreement on a massive stimulus plan for their coronavirus-blighted economies after the chairman of their fractious four-day summit presented a new proposal to bridge gaps between them. 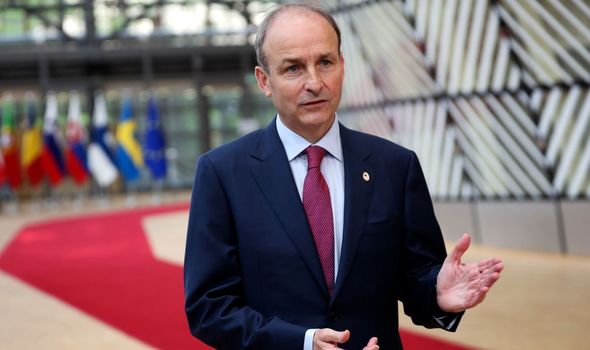 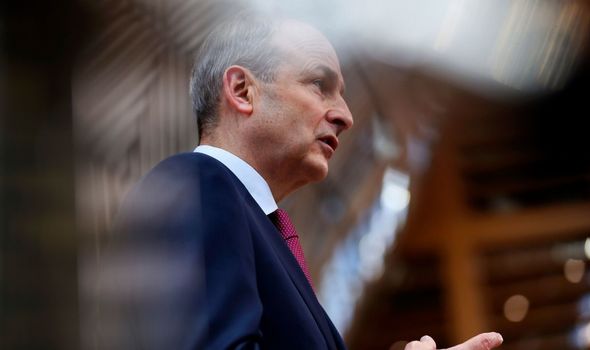 EU Council President Charles Michel said he was confident the compromises he had offered the 27 leaders could be the basis for a deal on the €750 billion recovery fund that many say is critical to dispel doubts about the bloc’s very future.

Mr Michel said: “I know that the last steps are always the most difficult but … I am convinced that an agreement is possible.”

Slow to coordinate their initial response to the COVID-19 pandemic and already weakened by Britain’s departure from the bloc, a deal on the economic aid would demonstrate to eurosceptics that it can step up to a crisis and remain united. 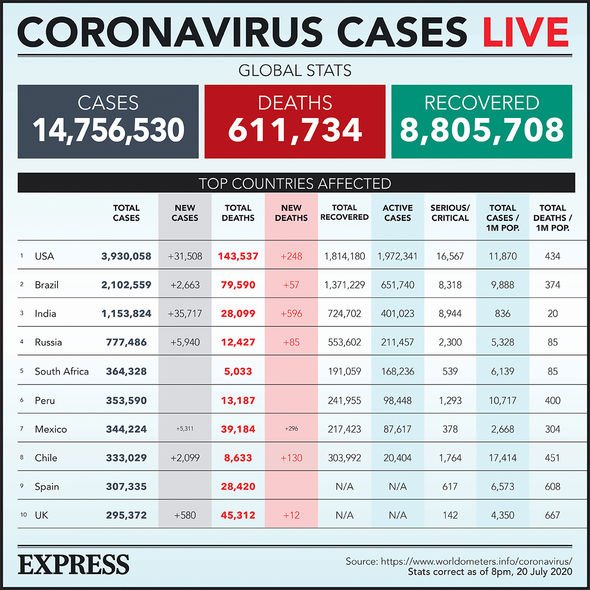 He said: “It has been a long summit and a challenging summit but the prize is worth negotiating for.”

European nations have done a better job of containing the coronavirus than the United States after a devastating early few months that hit Italy and Spain particularly hard, collaborating on medical, travel and economic fronts. 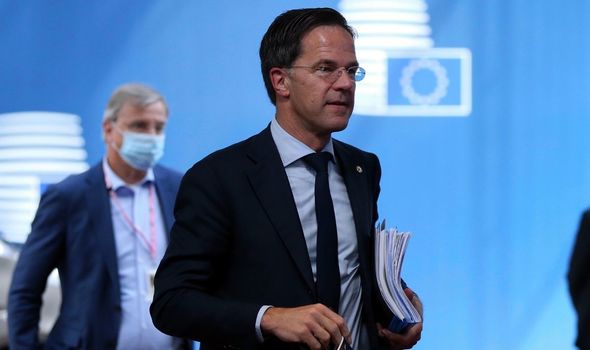 The European Central Bank has pumped unparalleled money into economies to keep them going while the EU capitals hammer out their recovery fund.

Diplomats said it remained uncertain that the leaders could put aside the rancour that stood in the way of a compromise over hours of haggling through the weekend.

Despite the continued rhetorical skirmishing, Mr Macron and German Chancellor Angela Merkel sounded optimistic that there could be accord on the stimulus package and, linked to it the EU’s 2021-2027 common budget of around €1.1 trillion.