The penny drops! Germany breaks cover to admit huge panic over no deal – ‘We NEED London’

Deputy finance minister Joerg Kukies said Berlin risks losing access to vital funding provided by the City of London if both sides cannot agree a deal before the end of the year. The warning came after the wrangling over a post-Brexit future relationship moved to Brussels as part of an intensive phase. Mr Kukies said: “German corporates, for all that I can tell, rely massively on wholesale financing offered from the City of London, so in that sense we will have to maintain pragmatism, no matter what happens.

“But at the moment we are deeply conceived by the lack of progress in negotiations.”

The discussions on the future trade and security partnership are separate from those on financial services.

Both areas are likely to go down to the wire with less than 10 weeks until the Brexit transition period expires on December 31. 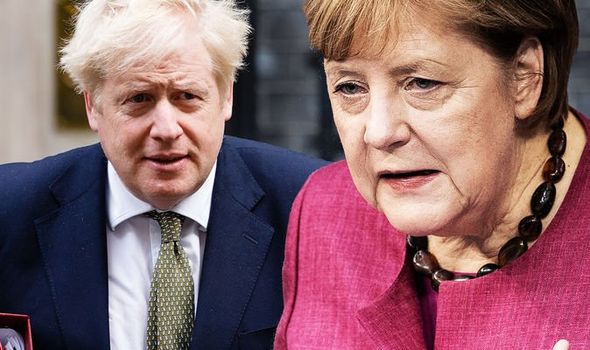 Downing Street has announced Britain will leave the EU’s single market and customs union, as well as the bloc’s financial services rulebook at the end of the year.

With the threat of a no-deal Brexit still hanging over the talks, Mr Kukies was adamant the two sides will remain close allies whatever the outcome of the talks.

He said: “There is so much depth and intensity of relationships between European countries and the UK that this will not degenerate into animosity, I am absolutely convinced about that.”