The ex-PM said the shake-up for England was “ill-conceived” and “flies in the face” of the Conservatives’ levelling-up agenda as it will lead to a construction surge in the South while ignoring other regions. The plans could require tens of thousands of extra homes over the next 15 years in rural counties like Kent, Surrey, Berkshire and Devon.

Other senior Tories have also lashed out at the algorithm-based proposals, which are said to be the brainchild of Boris Johnson’s aide Dominic Cummings.

Mrs May told the Commons more homes were needed but “the problem with these proposals, the problem with this algorithm on housing numbers, is that it doesn’t guarantee a single extra home being built and, far from levelling-up, it forces more investment into London and the South.

“This is a mechanistic approach and it is ill-conceived.” 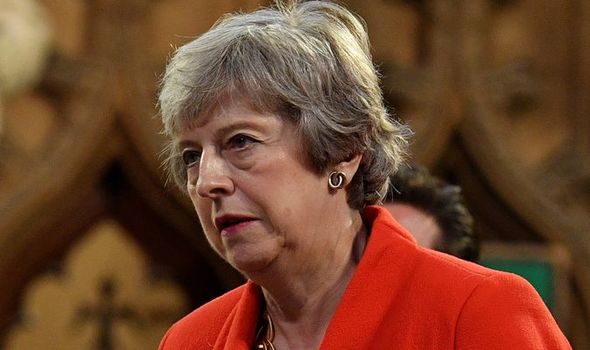 Tory MP Bob Seely warned the reforms could “hollow out our cities” and “urbanise our suburbs”. He said: “That is not levelling-up but is concreting out.”

Housing minister Chris Pincher assured MPs that their concerns would be reflected on “very carefully”.

He said he was mindful of concerns “about geographic imbalance – concerns about too many homes in the South and not enough in the Midlands and the North”.