Tom Tugendhat banned from driving after being caught using phone 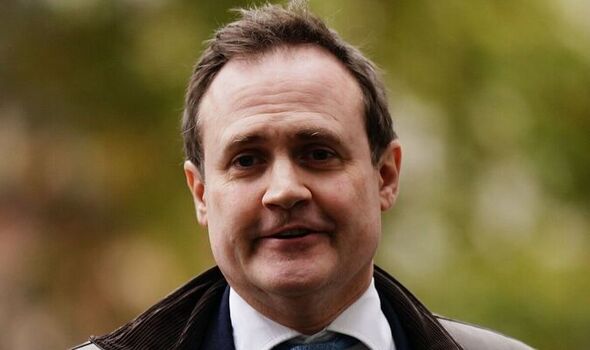 Security minister Tom Tugendhat appeared at Westminster Magistrates Court after being stopped by police in Wandsworth on April 14. Mr Tugendhat, of Clapham, south London, wore a blue tie and a navy suit as he was banned from driving for six months. Geraldine Dickinson, prosecuting, told the court that he was pulled over by police on Wandsworth High Street after an officer noticed that his phone was in his left hand. Judge Jack McGarva told Mr Tugendhat that he would expect him to “set a good example”.

The 49-year-old was stopped by police in his Skoda 4×4 in central London on April 14.

Ms Dickinson added: “The device was being held in the driver’s left hand. He saw this in broad daylight for around 20 seconds.”

She said the officer confirmed that Mr Tugendhat was not using the phone to call the emergency services.”

“It was confirmed that they were using maps,” she said.

Mr Tugendhat denied he was using the device but pleaded guilty in a letter to Bromley Magistrates’ court earlier this month.

The Metropolitan Police sent Mr Tugendhat a conditional offer of a fixed penalty notice in April and he agreed to pay it and surrender his driving licence, according to court papers.

But the offence was sent to court for prosecution because Mr Tugendhat already had six penalty points on his licence.

In the letter he said: “I was holding my phone – not using it. After the incident I took a course to refresh and correct my driving.

“I have included the result of the course. Please accept the course report. I accept my responsibility and recognise my culpability.”

As well as the driving ban, the security minister received a £1,000 fine.

Mr Tugendhat is the Tory MP for Tonbridge and Malling.

He also ran in the Tory leadership after Boris Johnson stepped down in the summer.