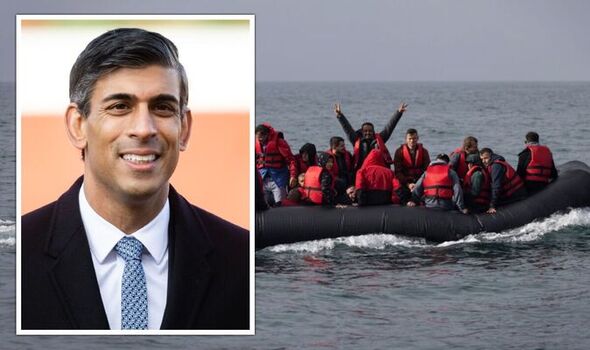 The Prime Minister was pressed by the group, including former Cabinet ministers, to implement a “simple” legal change to help tackle the crisis. They want emergency changes to modern slavery laws to make it easier to return people they believe are “bogus asylum seekers”, who say they are victims of trafficking.

The demand comes as Mr Sunak and Home Secretary Suella Braverman face pressure to prevent the crossings and improve the conditions which asylum seekers experience in the UK.

In a letter arranged by former Brexit Decretary David Davis, the Tory backbenchers say that the Channel crossings are a “Gordian knot that needs cutting with a simple policy”.

Signatories including Sir Graham Brady, chairman of the 1922 Committee of Tory backbenchers, demand that “economic migrants” travelling from “safe countries” such as Albania are returned more quickly.

They say people claiming to be unwilling victims of modern slavery should be sent back, adding: “If they have really been taken against their will, they could not reasonably object to being returned to their own homes.

“The quirks in our modern slavery laws that prevent this are clearly in defiance of the aims of that law and should be removed.”