EU diplomats are set to meet next week to discuss a UK request to push back the bloc’s ban on chilled meats entering the region. The current grace period from the Brussels red tape is set to expire at the end of the month, leaving both sides with little time to broker an agreement. In recent weeks, EU insiders have told Express.co.uk that they expect the blockade on British bangers to be pushed back to allow for a negotiated solution.

The European Parliament is also being consulted by the EU Commission on the prospect of a delay.

Britain have asked for the grace period to be extended three months to September.

UK and EU officials are yet to formally discuss the finer details of the extension.

The issue has sparked recent clashes between Boris Johnson and his EU counterparts and marred the G7 summit in Cornwall this month. 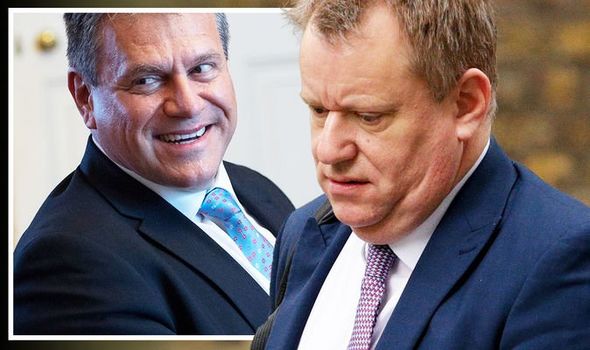 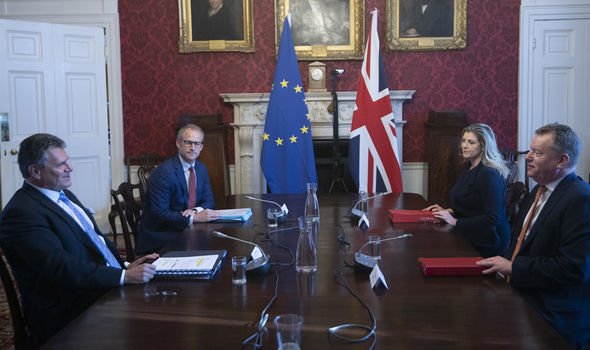 The Prime Minister has vowed to scrap the trade rules associated the the Northern Ireland Protocol to protect the region’s place within the UK unless a deal is done.

Brussels fired back with threats of tariffs and quotas on British goods if Downing Street moves unilaterally in the process.

Whitehall officials fear the EU’s hardline interpretation of the protocol to avoid a hard border risks sparking violence and instability in Northern Ireland.

Unionists are furious that they are being essentially annexed from the rest of the UK as a result of the post-Brexit border fix. 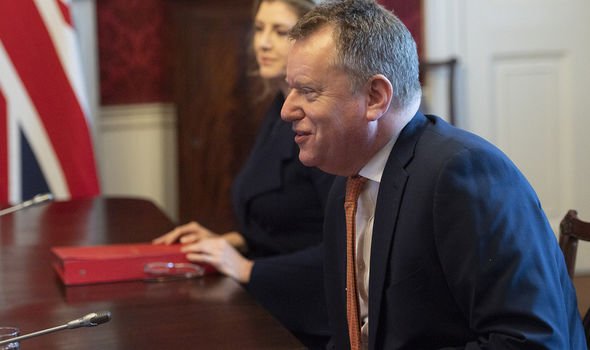 Under the scheme, Northern Ireland essentially remains in the EU’s single market with a number of customs controls of goods shipped from mainland Britain.

The so-called sausage wars have become a defining row in the dispute over the severity of checks demanded by Brussels.

Brexit minister Lord Frost has called for the EU to adopt a more pragmatic approach and move away from its “purist” legal interpretation of its rules.

European Commission vice-president Maros Sefcovic, the bloc’s latest Brexit negotiator, has signalled a willingness to compromise but is being held back by hardline member states, like France.

MUST READ: Enough is enough! UK will change hated EU rules next month 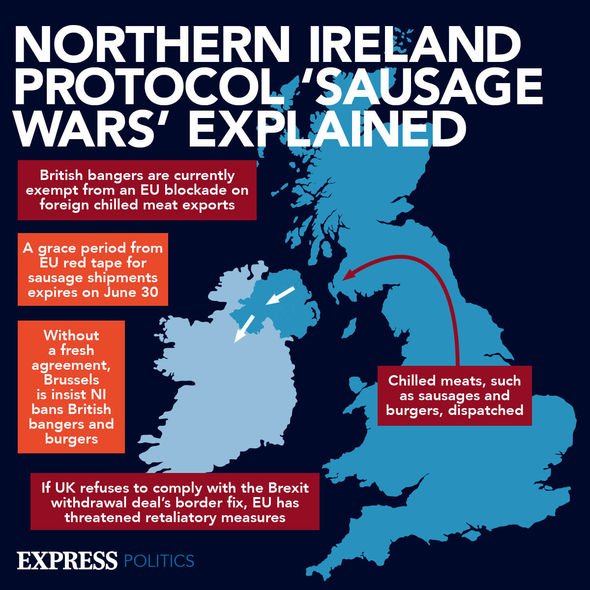 The Slovak diplomat, however, is still insisting on the complete implementation of the protocol as part of any deal to minimise its impact on the region.

Lord Frost yesterday said it is “hard to see” how the post-Brexit border fix can survive in its current form.

His remarks came after outgoing DUP leader Edwin Poots revealed the UK Government has given him assurances of significant changes to the agreement.

Lord Frost told the Commons foreign affairs committee: “I can’t comment on private conversations and accounts of them.

“But we haven’t made a secret of the fact that we find it hard to see how, as currently operated, important elements of the protocol are sustainable.”

He added: “We’ve also said we’re considering all our options, and we are doing so.”

UK and EU officials continue to meet to discuss the technicalities of the deal, talks that are expected to be proceeded by a high-level political gathering.