The review follows an executive order signed by President Biden requiring federal agencies to pursue racial equity and to support underserved communities in their policies and programming. 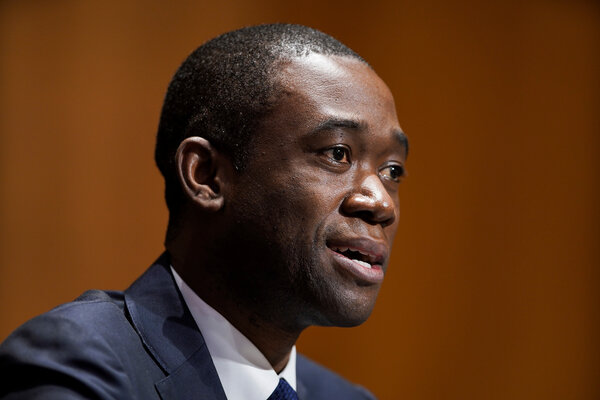 WASHINGTON — The Treasury Department is moving ahead with a formal racial equity review of the agency and its programs, putting in place an effort to ensure that economic fairness is prioritized throughout the Biden administration as it begins to disburse $1.9 trillion in relief money.

The initiative is expected to be led by Adewale Adeyemo once he is confirmed as deputy Treasury secretary, according to people familiar with the matter. It will be undertaken in close collaboration with Treasury Secretary Janet L. Yellen, who is making racial equity a centerpiece of her agenda as she oversees the disbursement of much of the stimulus package.

The review follows an executive order that President Biden signed in January requiring federal agencies to pursue racial equity and to support underserved communities in their policies and programming. The order was a sharp departure from the policies of President Donald J. Trump, who issued an executive order last year banning the “malign ideology” of racial sensitivity training across the government.