Trump insists no police defunding amid U.S.-wide clamor for reforms 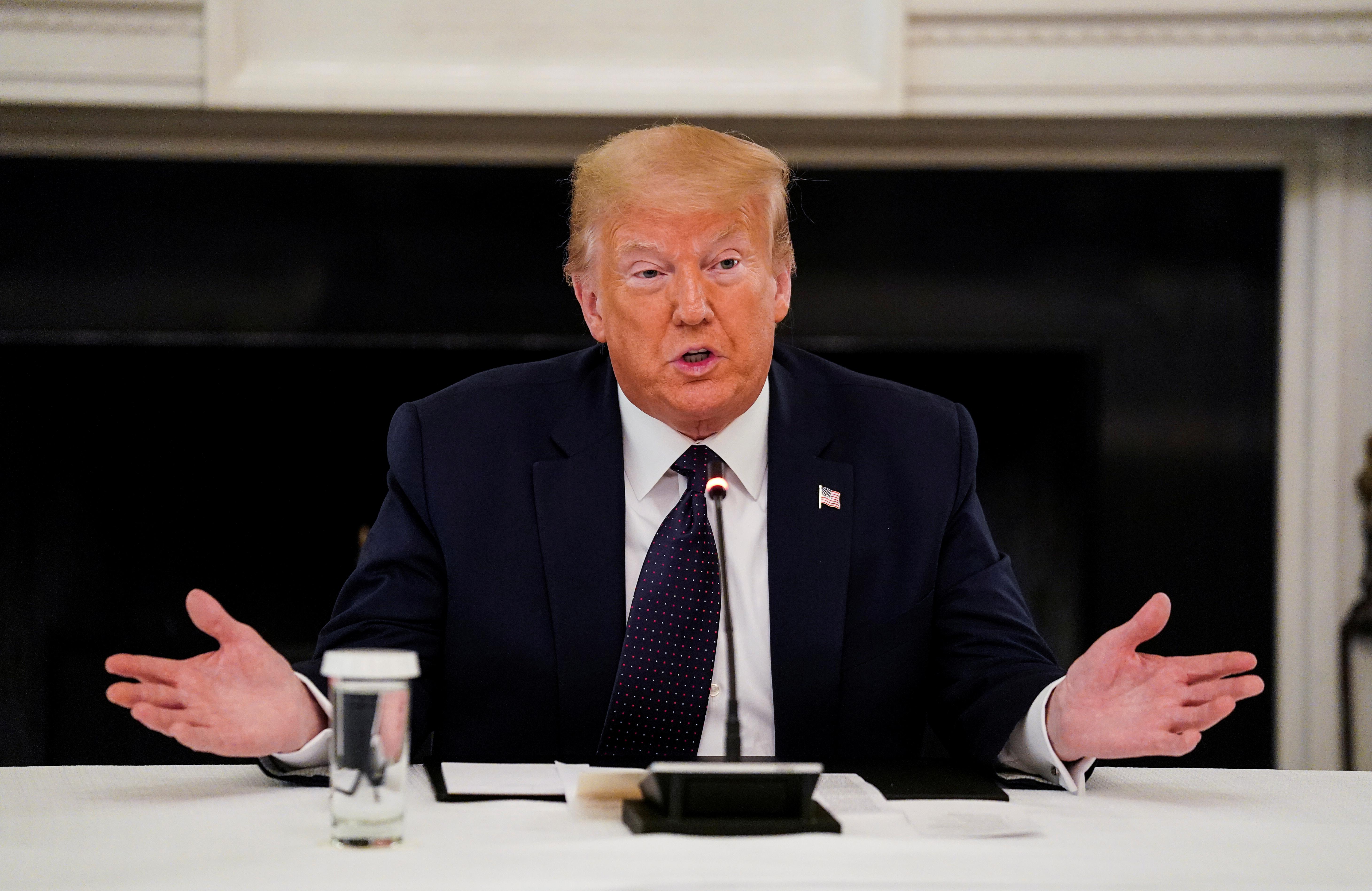 WASHINGTON (Reuters) – President Donald Trump on Monday pledged to maintain funding for police departments in the United States amid growing calls for sweeping cuts to law enforcement budgets as protesters clamored for an end to police brutality following the death of George Floyd in police custody in Minneapolis last month.

“There won’t be defunding, there won’t be dismantling of our police,” Trump told a roundtable of state, federal, and local law enforcement officials at the White House on Monday. “We want to make sure we don’t have any bad actors in there … but 99 percent … of them are great great people and have done jobs that are record setting.”

Demonstrators’ anger over the May 25 death of George Floyd, 46, is giving way to a growing movement to make his case a turning point in race relations and policing, with some protesters and some liberal Democrats calling for police budgets to be slashed.

But moderate Democrats have distanced themselves from the proposal, including presumptive Democratic presidential candidate Joe Biden. Minneapolis Mayor Jacob Frey was jeered by protesters over the weekend after telling them he opposed their demands for cuts in the city’s police department.

At a White House briefing earlier on Monday, Press Secretary Kayleigh McEnany said Trump “is appalled by the defund the police movement.” She noted that the President is “taking a look at various” proposals in response to Floyd’s death, but offered no specifics as to what measures he was considering.

On Monday, Democrats in Congress unveiled here legislation that would make lynching a hate crime and allow victims of police and their families to sue police for damages in civil court, ending a legal doctrine known as qualified immunity.

Trump has drawn fire for calling on state governors to crack down on the thousands protesting Floyd’s death around the country and threatening to send in the U.S. military even as he described himself as an ally to peaceful protesters.

McEnany said on Monday that Trump believes there are some “instances” of racism among police but added that the president sees the police as by and large good people.