WASHINGTON (Reuters) – President Donald Trump said he underwent a second coronavirus test on Thursday, using a new diagnostic that produced a result in less than 15 minutes, and it determined he has not been infected. 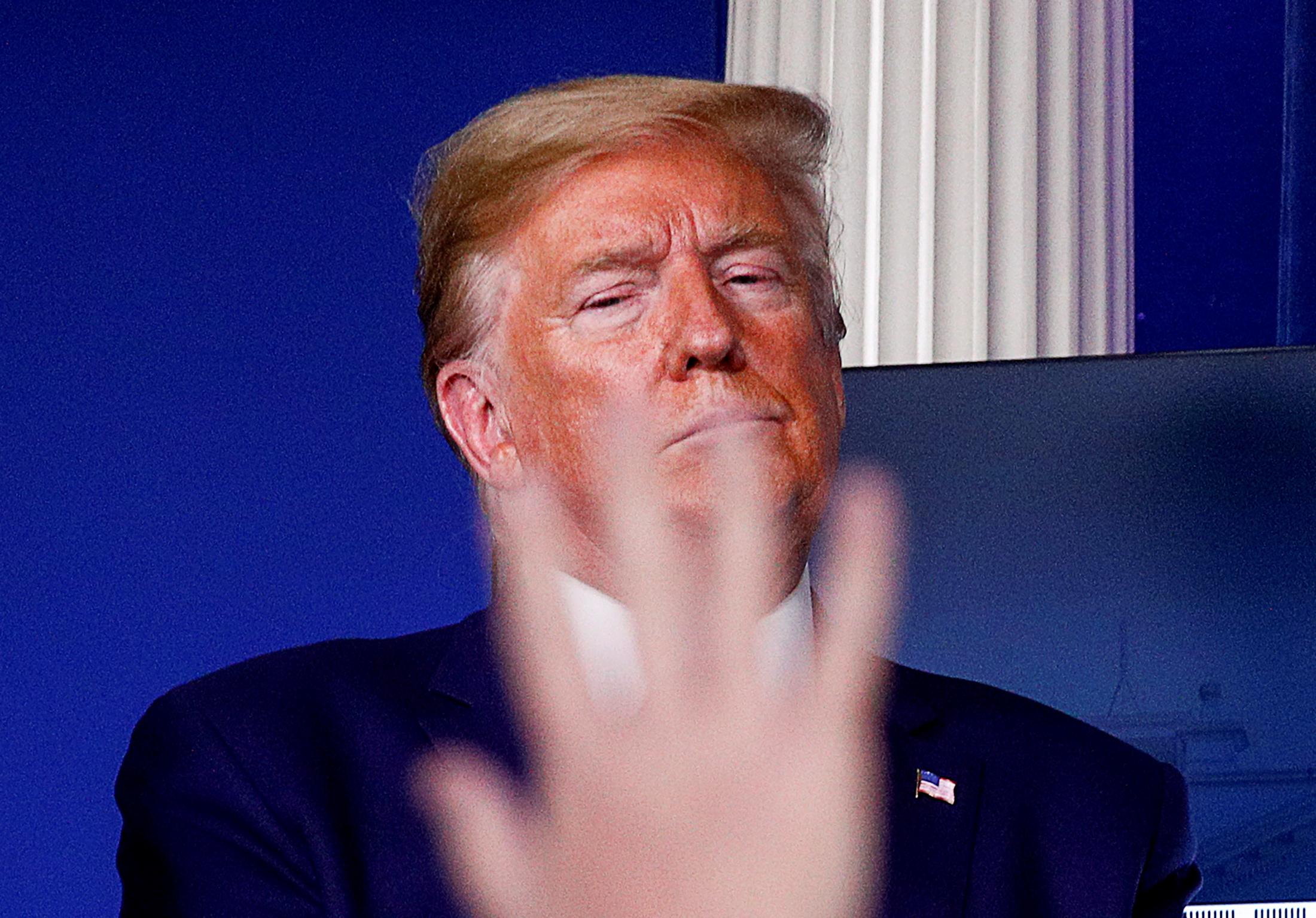 “I think I took it really out of curiosity to see how quickly it worked,” said Trump, who also tested negative last month after coming into contact with a Brazilian official who later tested positive for the coronavirus.

At his daily White House news briefing, Trump said Americans should wear protective face masks if they wish. “If people want to wear them, they can” he said. Scarves work just as well, he said.

Dr. Deborah Birx, a member of Trump’s coronavirus task force, said the Centers for Disease Control and Prevention is working on a recommendation about masks to add to U.S. guidelines on how Americans can best protect themselves. It is critical, she said, that people do not “get a false sense of security” that they are protected from the virus by wearing a mask, because there are plenty of other ways that infections can occur.

Trump took issue with states that are letting some low-risk prisoners out of jail because of the risk of coronavirus contagion and said his administration was looking to see “if I have the right to stop it in some cases.”

“Some people are getting out that are very serious criminals in some states, and I don’t like that. I don’t like it,” he said.

“We don’t want any American to worry about the cost of getting tests or the costs of getting treatment,” said Pence. “The president will be addressing that tomorrow.”

Trump announced that the U.S. military and federal personnel will operate a makeshift hospital set up in the Javits Center convention center in New York to help the city grapple with a flood of patients. The Javits Center operation will treat non-coronavirus patients, freeing up hospitals to care for those with the virus.

New York has become the epicenter of the U.S. epidemic with more than 47,000 confirmed cases in the city.

White House senior adviser Jared Kushner, a member of the coronavirus task force, said the government will send to the New York public hospital system 200,000 N-95 protective masks to help medical workers get through the next month.

Trump, who had initially played down the threat from the virus, made use of the Korean War-era Defense Production Act to order companies to produce hospital ventilators essential in keeping alive patients hit hard by the COVID-19 respiratory illness caused by the coronavirus. He said he also used the law to get General Motors Co to produce more N-95 masks.

He said he had just spoken with General Motors Chief Executive Mary Barra, who told him the company will soon be ready to start production of ventilators.

Trump’s physician, Sean Conley, said in a letter released by the White House that Trump was tested with a new, rapid point-of-contact test and the result came back in 15 minutes. “He is healthy and without symptoms,” Conley said.