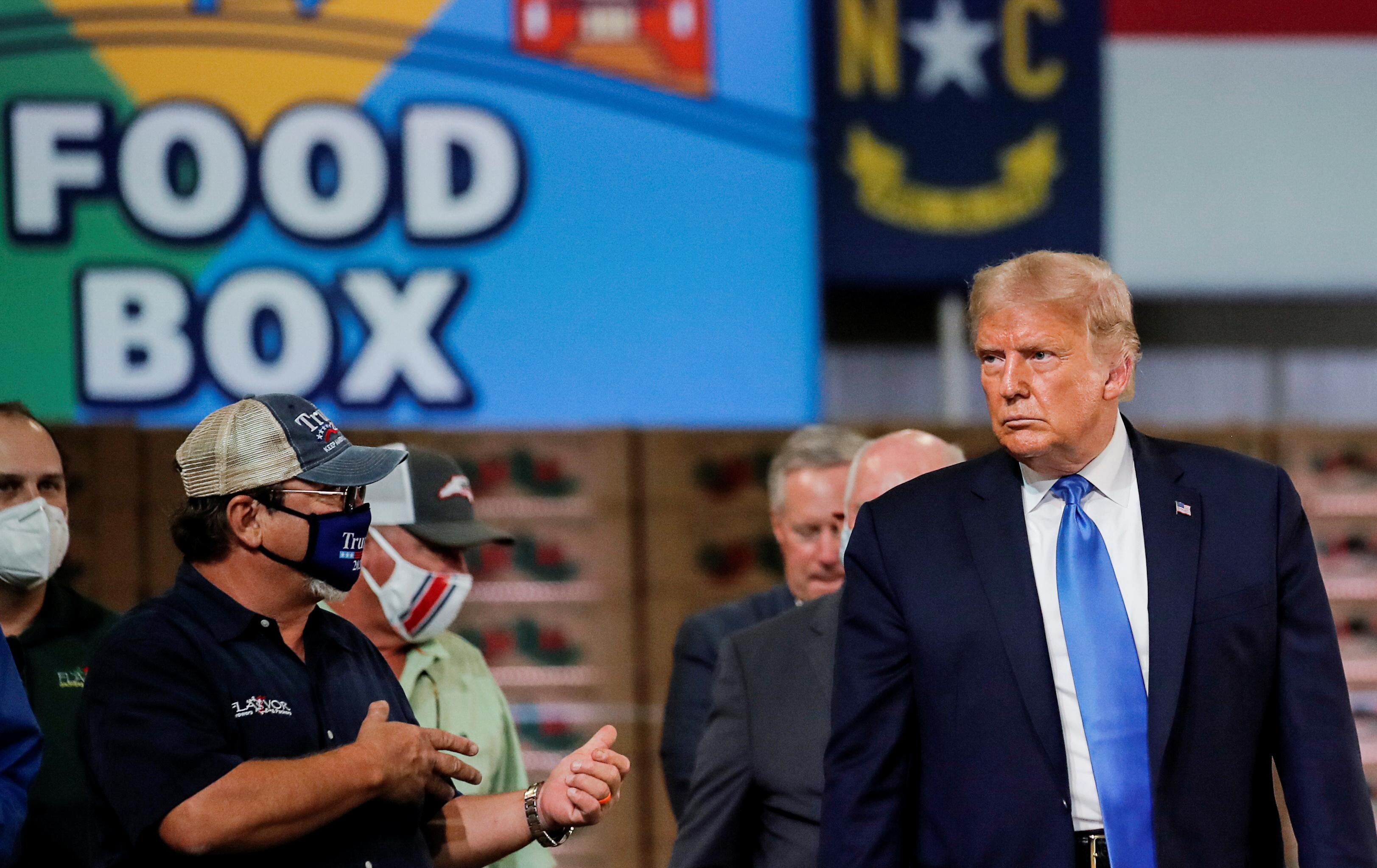 MILLS RIVER, N.C. (Reuters) – President Donald Trump said on Monday his administration would provide an additional $1 billion to a program that provides food to American families dealing with the economic hardship from the coronavirus pandemic.

The Farmers to Families Food Box program is one of several government efforts to help struggling Americans. It aims to buy food from farmers who typically produced for restaurants but lost business because of coronavirus-related shutdowns, and deliver it to the millions of people who were thrown out of work or were otherwise hurt by the pandemic.

“Today I am proud to announce that we will provide an additional one billion dollars to fund the Farmers to Families Food Box program,” Trump said during an visit to a North Carolina food packing plant.

Reuters reported in July that the government had delivered far less food aid under the up to $3 billion program announced in April than it had pledged by the end of June, citing food banks managers and data from the U.S. Department of Agriculture (USDA).

The program was criticized by food banks, analysts and some U.S. senators, who said contracts were often awarded to inexperienced vendors that were unable to source the food and deliver it in a timely manner.

According to the USDA website, the department aims to complete the purchase of up to $2.7 billion of food under the aid program by the end of August.

The White House said in a statement on Monday that under the program, more than 70 million boxes of food had been delivered to food banks and nonprofit organizations.