WASHINGTON (Reuters) – In his book released today, Michael Cohen, the former fixer for U.S. President Donald Trump, ties for the first time the 2016 presidential endorsement of Trump by American evangelical leader Jerry Falwell Jr to Cohen’s own role in helping to keep racy “personal” photographs of the Falwells from becoming public. 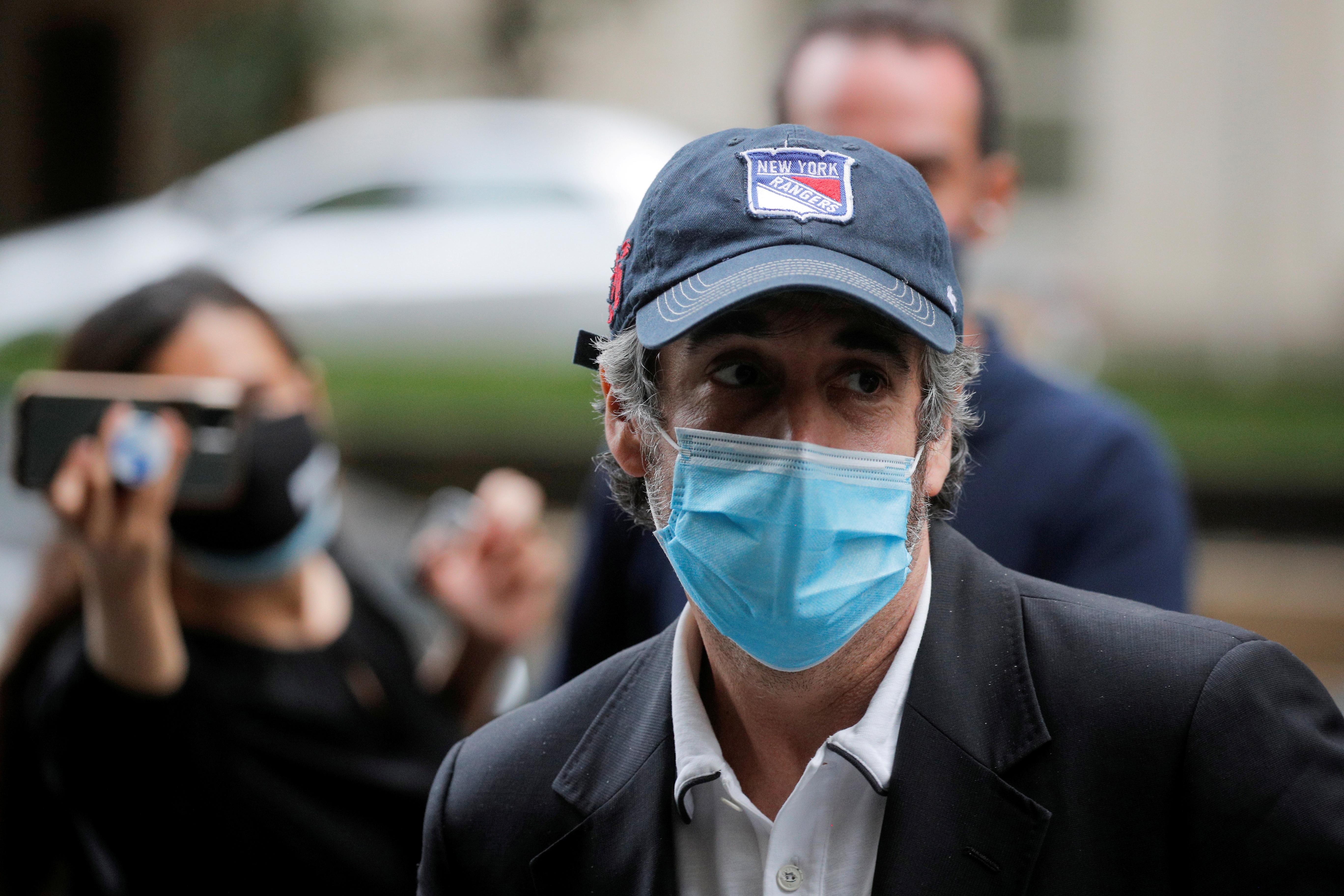 As Reuters reported last year, the Falwells enlisted Cohen to keep “a bunch of photographs, personal photographs” from becoming public, Cohen said in a recording, made surreptitiously by comedian Tom Arnold. “I actually have one of the photos,” he said, without going into specifics. “It’s terrible.”

In “Disloyal: The Memoir,” Cohen describes thinking that his involvement in the Falwell photo matter would be a “catch and kill” — the practice of American tabloids to obtain and then suppress unfavorable stories about celebrities — “but in this case it was just going to be kill.”

He later writes: “In good time, I would call in this favor, not for me, but for the Boss, at a crucial moment on his journey to the presidency.”

Cohen has said that he helped persuade Falwell to endorse Trump just before Republican voters gathered in Iowa in February 2016 to nominate a presidential candidate. Falwell not only publicly vouched for Trump’s Christian virtues but also barnstormed with the candidate. His backing of Trump — a twice-divorced candidate who had talked about grabbing women’s genitals and engaged in extramarital affairs — was one of the major surprises of the 2016 campaign.

In the book, Cohen doesn’t explicitly say that the endorsement was the favor he sought in return for his help in having kept the Falwell photos from getting out. But his account marks the first time he has linked the two issues.

Earlier this year, Cohen was quoted by CNN saying “there is absolutely no connection between the photos and my personal request to the Falwells to assist the Trump campaign.” How that comment jibes with what he’s written in his book is unclear. Cohen did not immediately respond to efforts by Reuters to reach him.

“Michael Cohen is a disgraced felon and disbarred lawyer, who lied to Congress. He has lost all credibility, and it’s unsurprising to see his latest attempt to profit off of lies,” press secretary Kayleigh McEnany told Reuters.

Cohen, who was convicted of campaign finance violations and other crimes, is serving the remainder of his three-year term in home confinement.

Falwell, who at the time of the 2016 endorsement ran Liberty University, stepped down as president of Liberty late last month after Reuters reported that a business associate alleged a years-long affair with Jerry and Becki Falwell.

Falwell’s departure from Liberty marked a dramatic fall for one of the most powerful figures in America’s evangelical Christian movement. He was widely credited with helping persuade many Christians concerned about Trump’s past to accept him as a repentant sinner.

In his book, Cohen writes that he had become close to the Falwells in 2011, once securing tickets for one of their daughters to see Justin Bieber perform. He calls the Falwells “dear friends, more like family to me.”

But he also makes clear that, as in the smaller assistance in securing the Bieber tickets, he saw the help he offered the Falwells in the photo matter as transactional — and enormously significant.

“Like the Bieber favor a few years earlier, this would have a huge impact on the 2016 election, evangelicals, the Supreme Court and the fate of the nation,” Cohen writes.

“If Becki Falwell was seen half-naked by the students of Liberty University, let alone evangelicals all over the country, it would be an unmitigated disaster,” he writes.

After succeeding at keeping the photos from being released, Cohen writes that he “called Becki and reassured her that the pictures wouldn’t get out, but I could hear the fear and sadness in her voice. I reassured her I wouldn’t let her down, and I didn’t.”

“There it was: my second chit with the Falwells,” he writes. “In good time, I would call in this favor, not for me, but for the Boss, at a crucial moment on his journey to the presidency.”

Related News:
Business News:
Tech leads Wall Street higher as virus fears rise
China Is on a Building Binge, and Metal Prices Are Surging
S&P 500, Dow extend longest losing spree in a year
Attacker Stabs Several People in Paris
Media People: Derek Blasberg of YouTube Fashion
Recent Posts
This website uses cookies to improve your user experience and to provide you with advertisements that are relevant to your interests. By continuing to browse the site you are agreeing to our use of cookies.Ok