Brexit may 'ignite true reform' in the EU says MEP

Members of the European Parliament debated Brexit for the last time today ahead of their ratification of the Withdrawal Agreement signed between the UK and the EU. Many MEPs went out of their way to criticise Brexit, ignoring the success of Britain now that it is free from EU’s shackles.

But Mr Rinaldi lambasted the relentless scaremongers and hailed the decision of British people to leave the EU, apologising to Brexiteers for the attacks.

He said: “In two months it will be five years from the Brexit referendum. How many disgusting lies have we had to hear from impromptu Cato novices screaming ‘Britannia delenda est’ (‘Britain is destroyed’) just because they are terrified of a dangerous precedent?

“The same people who argued convinced that with the withdrawal there would be only two days of food and medicine stocks and that the United Kingdom would sink into the depths of the ocean.

“On the other hand, they did not understand the legitimate will of a great and proud country that preferred to exercise its sovereignty in a democratic way instead of delegating it to grey bureaucrats who have shown that they cannot even manage a condominium. 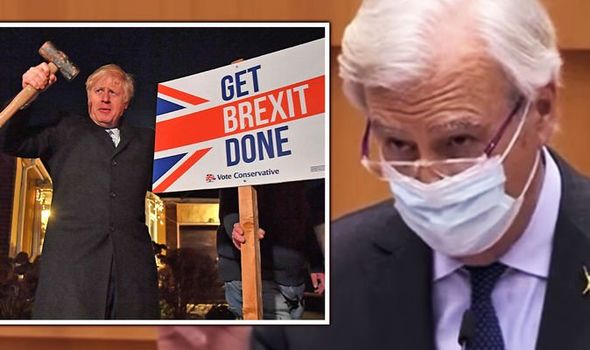 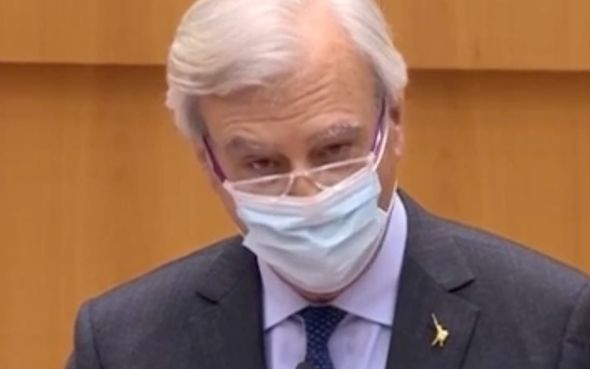 “Characters who, if they had worked in a private company, would have been immediately kicked out.”

In a staunch attack on the European Commission over its handling of the coronavirus pandemic, the Italian politician argued Britain’s success served as a humiliation for the rest of the bloc.

He said: “Don’t you believe my words? With this cursed pandemic, citizens in the Union were asking only for two things: a serious and efficient vaccination plan; rapid and adequate economic support action to give concrete help to people and businesses.

“On the first point, we are making the world laugh to the point that the Commission has refused to publish the full contracts.

“The UK humiliated us on this issue. I learned that the European Union has sued the pharmaceutical company AstraZeneca. We hope that the lawyers in charge are not the same ones who formulated the contracts last year! Why is the Commission not using some very good London law firm this time? They would be sure to win!”

He continued: “With regard to economic action, next May will be a year after the launch of the Next Generation EU of which Recovery is the backbone.

“Well, not a single penny of the latter has yet been seen, stuck in the swamps of regulations, bureaucracy, and conditionalities that will not allow the hoped-for growth because they will force member states to make low-multiplier investments. The United Kingdom, on the other hand, has been able to decide independently on investments with a higher multiplier without losing precious time to the point that I want to bet here in front of you all that in two years their growth will be much higher than that of the European Union. 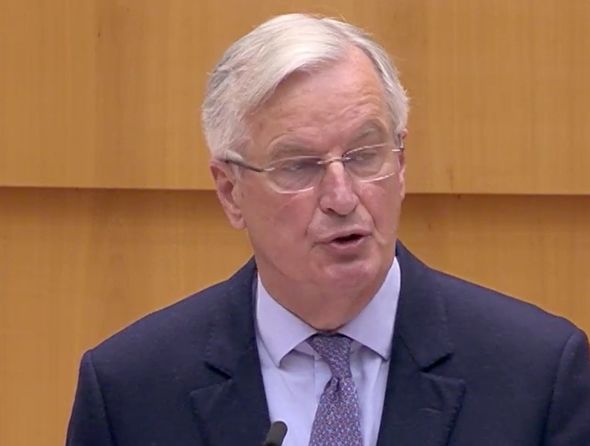 “Brexit could therefore be an excellent opportunity to ‘mea culpa’ and radically review all the mechanisms on which the European Union is founded, starting with its economic governance, while still too many are already talking about reactivating the Stability and Growth Pact before Recovery itself is executive, proving that they have not learned their lesson. ‘Errare humanum est, persevere diabolicum’ (To err is human, to persevere diabolical).

“It took five years to finally reach this agreement having for too long knowingly ignored that the United Kingdom is a net buyer of goods and services to the Union.

“Where I come from the customer is always right… But maybe those dealing with Brexit didn’t know?

“Seeing as no one until now has had the courage and humility to apologise to the citizens of the United Kingdom for the lies that have been told just for daring to no longer follow the EU’s erroneous dictates, then I do so in this one moment as a member of this Parliament.

“Thank you and good luck.”

The MEPs’ vote will be the final step towards ratification of the EU-UK trade and cooperation agreement, struck in December after more than four years of acrimonious negotiations and lingering mistrust as Britain ended 47 years of EU membership.

The accord crafted in the last days of 2020 only entered force on a provisional basis until the end of April, pending approval from the European Parliament. Lawmakers will vote late on Tuesday, with the outcome made public on Wednesday morning.

There is no doubt that they will back the deal, after assembly committees earlier cleared it by 108 votes to 1.

If they did not, EU-UK ties would fall back to basic World Trade Organisation terms, with quotas and tariffs.