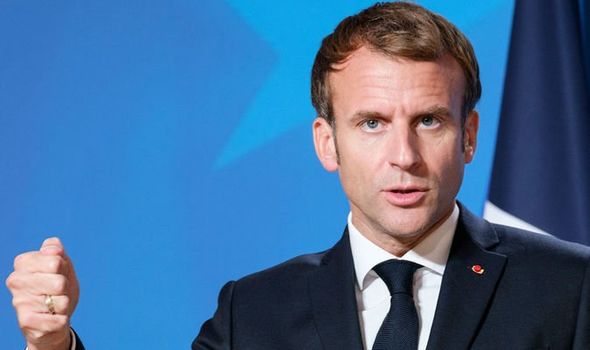 Post-Brexit. the UK and France have been at odds over fishing licences in British waters. On Thursday, French maritime police seized a British trawler found in its territorial waters without a licence. Now, A UK Government has said France has broken International law with the move, and called it “unjustified”.

In a statement, a Government spokesman said: “Lord Frost chaired a ministerial meeting earlier today to consider the UK response to the measure set out bu France yesterday.

“The proposed French actions are unjustified and do not appear to be compatible on the EU’s part with the Trade and Cooperation Agreement (TCA) or wider international law.

We regret the confrontation language that has been consistently used bu the French Government on this issue, which makes this situation no easier to resolve.

We have raised our concerns strongly with both the French and the EU Commission. As a next step, the Foreign Secretary has instructed Minister Morton to summon the French Ambassador.

“We repeat that the Government has granted 98 percent of licence applications from EU vessels to fish in the UK’s waters and, as has consistently been made clear, will consider any further evidence on the remainder.”

She said: “I have instructed Europe Minister Wendy Morton to summon the French Ambassador to the UK for talks tomorrow to explain the disappointing and disproportionate threats made against the UK and Channel Islands.”

It comes after French maritime police stopped a British vessel off of Le Havre in the early hours of Thursday morning.

The boat was then rerouted to the quay and “handed over to the judicial authority”.

A second British vessel was given a verbal warning by the maritime officers.

After the British vessel was seized, the French Government said the checks had been routine but admitted they were conducted “in the context of the discussion on licences with the UK and the European Commission”.

He said: “Now, we need to speak the language of force since that seems to be the only thing this British government understands.

“From November, it’s over. We’ll open dialogue if the British want dialogue – it’s up to them – but we’ll put in place retaliation measures because there is no reason we shouldn’t have access to their waters when they have access to our ports.”