In the latest Brexit row, dozens of French fishing boats descended on Jersey’s port of St Helier early this morning in what was said to have resembled an “invasion”. But just over an hour later, France sent naval ships to assist in the standoff, with the 32-metre long Athos (A712) naval gendarmerie vessel seen hurtling towards the island “at full speed”, and believed to have been assisted by fellow patrol boat Le Themis. The French Navy confirmed it had sent the two patrol boats to the waters around the British Channel Islands, with around 60 fishing boats from the country also in attendance.

On Wednesday evening, the UK said it was sending two Royal Navy ships to Jersey amid rising fears of a blockade.

The French boats abandoned their protest at around 1pm before returning home, with a group of vessels spotted moving away from St Helier and the Athos navy patrol boat soon following.

This potentially dangerous standoff comes after a French fishing chief warned the EU powerhouse had the ability to “bring Jersey to its knees if necessary”.

French fishermen have accused Jersey of delaying the provision of new licenses for its boats to access the rich fishing grounds off the island. 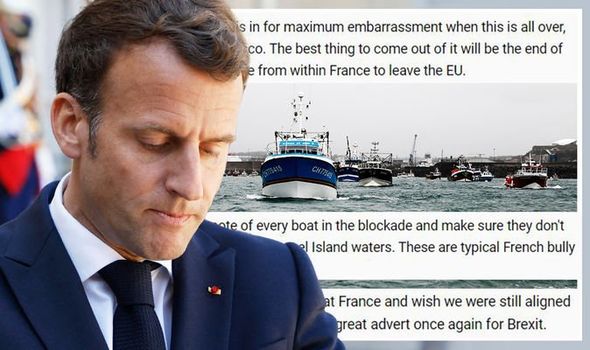 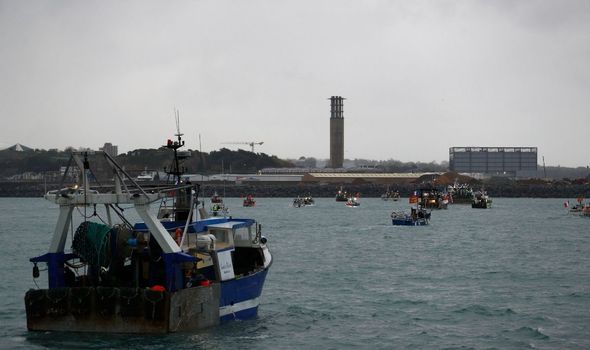 But Jersey has insisted it is following the rules for issuing licenses as detailed in the UK’s post-Brexit trade deal with the EU.

Britons have now launched a stinging attack against the aggressive moves from France towards Jersey, warning them to expect consequences.

Reacting to our initial story, one Express.co.uk reader warned: “It had to happen. Brexit means Brexit.

“It’s what we voted for but the French don’t understand yet you cross the Brexit line and there shall be consequences.” 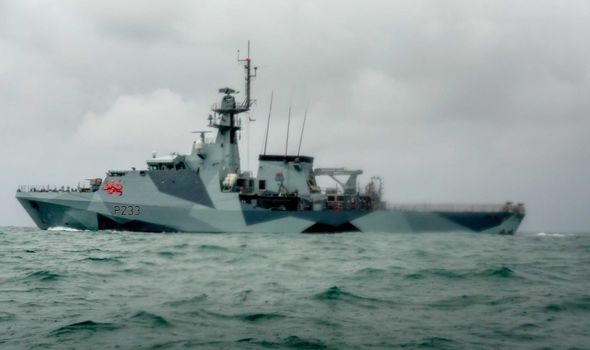 A second person said: “We should make a note of every boat in the blockade and make sure they don’t ever get a licence to fish in Channel Island waters.

Another reader commented: “How can anyone who voted Remain look at France and wish we were still aligned to them in the EU?

“Utterly deplorable and a great advert once again for Brexit.”

DON’T MISS
‘Next time it will be WAR!’ – French fishermen vow ‘we will be back’ [COMMENT]
EU shamed as campaigner lashes out at bloc for Jersey fishing blockade [REACTION]
French warships arrive in Jersey for showdown with Royal Navy [REPORT] 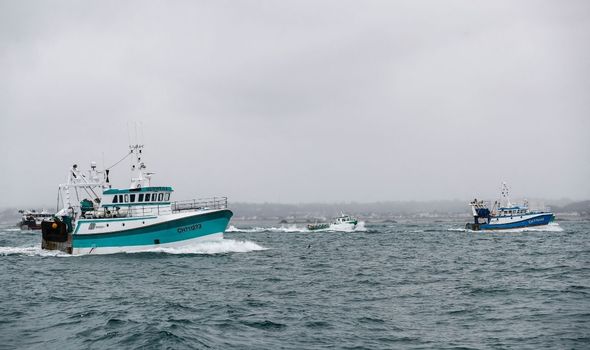 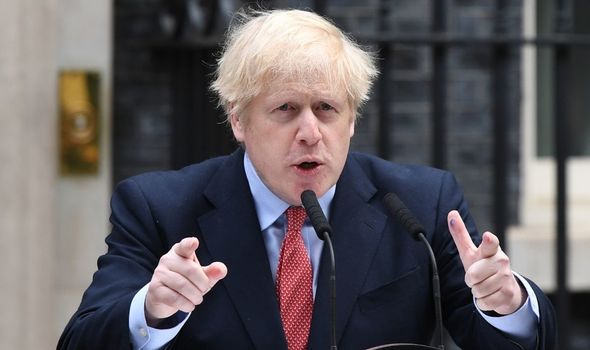 A fourth reader added: “The French government is in for maximum embarrassment when this is all over, on a par with the Suez fiasco.

“The best thing to come out of it will be the end of Macron, and more pressure from within France to leave the EU.”

The European Commission responded to the heated dispute in Jersey this morning, warning the conditions set out on the post-Brexit trade deal with the UK are not being met in Jersey.

Brussels insisted the bloc is engaging in good faith with Britain in order to resolve the latest fishing dispute.

Boris Johnson held talks with Jersey officials this afternoon, while discussions also took place between Jersey Government representatives with some of the fishermen.

During a call with the island’s chief minister, the Prime Minister reiterated his “unequivocal support” for Jersey.

“The chief minister updated the Prime Minister on the latest developments with French fishing vessels around Jersey’s coast.

“The Prime Minister reiterated his unequivocal support for Jersey and confirmed that the two Royal Navy offshore patrol vessels would remain in place to monitor the situation as a precautionary measure.”