Home » Politics » ‘We Suffer While You Debate’: Many Fear Being Left Behind as Democrats Trim Spending Bill

‘We Suffer While You Debate’: Many Fear Being Left Behind as Democrats Trim Spending Bill

President Biden had an ambitious agenda to remake the economy. But under the duress of negotiations and Senate rules, he has shelved a series of proposals, some of them indefinitely. 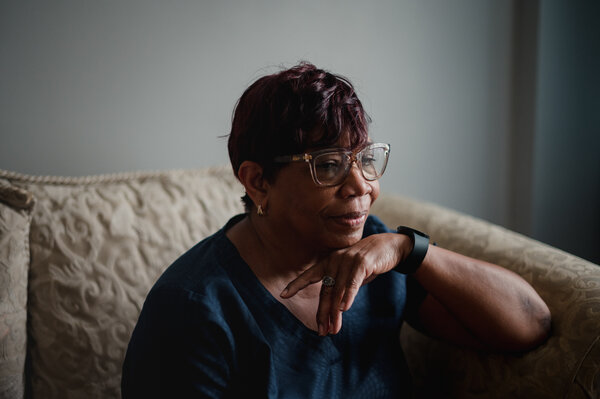 By Zolan Kanno-Youngs and Jim Tankersley

WASHINGTON — Democrats in Congress are curbing their ambitions for President Biden’s economic agenda, and Jennifer Mount, a home health care aide, worries that means she will not get the raise she needs to pay more than $3,000 in medical bills for blindness in one eye.

Edison Suasnavas, who came to the United States from Ecuador as a child, has grown anxious about the administration’s efforts to establish a pathway to citizenship, which he hoped would allow him to keep doing molecular tests for cancer patients in Utah without fear of deportation.

And Amy Stelly wonders — thanks to a winnowing of Mr. Biden’s plans to invest in neighborhoods harmed by previous infrastructure projects like highways that have harmed communities of color — whether she will continue to breathe fumes from a freeway that she says constantly make her home in New Orleans shudder. She has a message for the president and the Democrats who are in the process of trying to pack his sprawling agenda into a diminishing legislative package.

“You come up and live next to this,” Ms. Stelly said. “You live this quality of life. We suffer while you debate.”

Mr. Biden began his presidency with an expensive and wide-ranging agenda to remake the U.S. economy. But under the duress of negotiations and Senate rules, he has shelved a series of his most ambitious proposals, some of them indefinitely.

He has been thwarted in his efforts to raise the federal minimum wage and create a pathway to citizenship for undocumented immigrants. He has pared back investments in lead pipe removal and other efforts that would help communities of color. Now, as the president tries to secure votes from moderates in his party, he is reducing what was originally a $3.5 trillion collection of tax cuts and spending programs to what could be a package of $2 trillion or less.

That is still an enormous spending package, one that Mr. Biden argues could shift the landscape of the economy. But a wide range of Americans who have put their faith in his promises to reshape their jobs and lives are left to hope that the programs they are banking on will survive the cut; otherwise, they face the prospect of waiting years or perhaps decades for another window of opportunity in Washington.

“The problem now is this may be the last train leaving the station for a long time,” said Jason Furman, an economist at the Harvard Kennedy School who was a top economic adviser to President Barack Obama. “It could be five, 10, 20 years before there’s another shot at a lot of these issues.”

Mr. Furman and other former Obama administration officials saw firsthand how quickly a presidential agenda can shrink, and how presidential and congressional decisions can leave campaign priorities unaddressed for years. Mr. Obama prioritized an economic stimulus package and the creation of the Affordable Care Act over sweeping immigration and climate legislation in the early years of his presidency.

Stimulus and health care passed. The other two did not.