‘We WILL defeat this!’ Boris launches £6BN coronavirus fight with global fundraising drive

The Prime Minister will join forces with Canada, France, Germany and others for a global fundraising blitz to generate more than £6 billion. He will say it is “humanity against the virus – we are in this together, and together we will prevail”. Mr Johnson will call on countries to come together in a “truly global effort” to stop Covid 19 in its tracks.

Britain is already leading the global fight to find a vaccine by donating the most cash so far.

The PM will set out the UK’s latest £388 million round of aid today for research into vaccinations, tests and treatments.

He will say: “To win this battle, we must work together to build an impregnable shield around all our people, and that can only be achieved by developing and mass producing a vaccine.

“The more we pull together and share our expertise, the faster our scientists will succeed. “The race to discover the vaccine to defeat this virus is not a competition between countries, but the most urgent shared endeavour of our lifetimes. 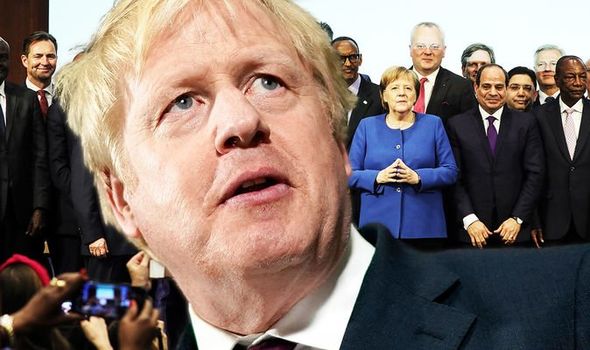 “It’s humanity against the virus – we are in this together, and together we will prevail.”

Mr Johnson’s charge to find a way to beat the disease comes after he revealed shocking details of his own fight for life after being struck down with Covid 19 at the end of March.

The Prime Minister told how doctors prepared to announce his death as he battled against the virus.

Mr Johnson spent three nights in intensive care at St Thomas’ in London with the disease, where he said medics gave him “litres and litres of oxygen”.

He described it as a “tough old moment” and revealed the staff “had a strategy to deal with a ‘death of Stalin’-type scenario”.

“I was not in particularly brilliant shape and I was aware there were contingency plans in place,” he told The Sun on Sunday. 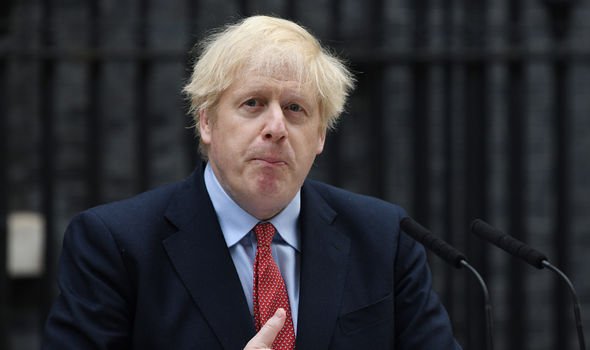 “The doctors had all sorts of arrangements for what to do if things went badly wrong.”

Mr Johnson, 55, said he had initially been “in denial” initially about how serious his illness was.

When his condition worsened he began thinking “how am I going to get out of this?'” but said his  “terrible buoyancy” meant he believed he would survive.

He returned to Downing Street on Monday after a fortnight convalescing at Chequers and two days later fiancee Carrie Symonds gave birth to their son, Wilfred Lawrie Nicholas Johnson.

They named him after their grandfathers, and two doctors – Dr Nick Price and Prof Nick Hart – who helped save Mr Johnson’s life.

The Prime Minister is expected to hold a meeting of the Cabinet on Thursday to sign off the next steps in the coronavirus battle. 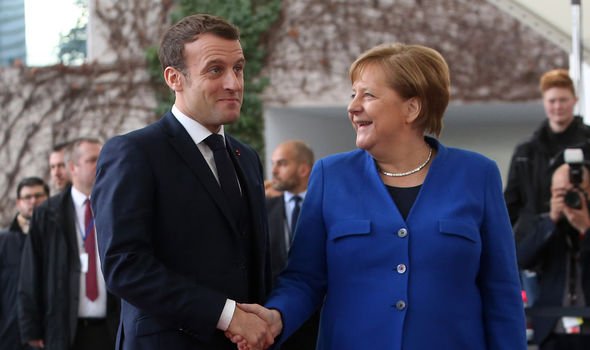 They want to raise billions of pounds to help find a vaccine and treatments for Covid-19 as part of an ‘international alliance’ fighting the disease.

Britain will confirm £388 million, part of a larger £744 million in aid funding to help end the pandemic and support the global economy.

Money raised at the conference will be used to make up the global funding “shortfall” estimated by the Global Preparedness Monitoring Board (GPMB), which monitors how the world deals with health crises.

Experts insist tackling coronavirus globally is crucial in preventing a second wave of the virus re-emerging in the UK.

It will also speed up the development of  life-saving vaccines, treatments and diagnostic tests.

Anne-Marie Trevelyan, the International Development Secretary, said: “It is only by working together that we will prevent future waves of infection and end this pandemic as quickly as possible.

“By strengthening developing countries’ health systems and working to find a vaccine, the UK is playing its part in stopping the global spread of coronavirus to save lives everywhere and protect our NHS.”

Maria Van Kerkhove said: “What we’re seeing in a number of countries that have been successful in suppressing transmission is that many more people remain susceptible.

“And what we’re seeing in countries like Singapore where they’ve seen almost like a second wave, essentially what it is is actually outbreaks that are happening in expat dormitories and so the virus has found a place where it can take hold and it can resurge again.

“So all countries must remain on alert for the possibility of additional transmission even if they have been successful in suppressing transmission in the first round.”