EU ambassador: Bloc left with 'no alternative' to legal action

Joao Vale de Almeida told the BBC’s Today Programme that the UK Government is in breach of the Northern Ireland protocols. The European Union ambassador added that Britain has also broken the good faith obligation with the trading bloc.

The BBC’s Nick Robinson said: “Everything is seen through the Brexit prism, as is the legal action the EU is taking against the British Government.

“It is clear you think the British Government has unilaterally changed the policy towards trade and Northern Ireland but is taking them to court really the way to solve this problem?

The EU ambassador replied: “I don’t think the Government left us with any alternative to this to be frank and we regret the situation.

“Looking at the facts, we believe the Government is in breach of substantive provision of the protocol that applies to Northern Ireland, but also to the good faith obligation under the withdrawal agreement.” 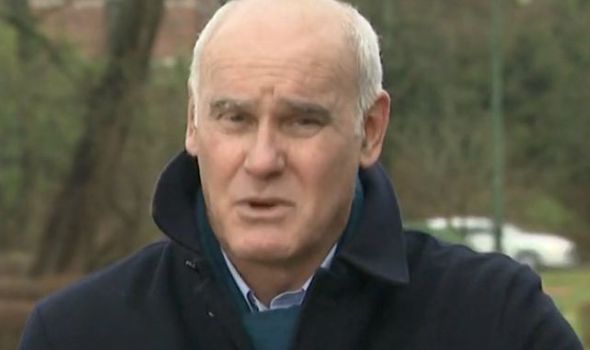 However, last month Mr Vale de Almeida admitted that the trading bloc made a “mistake” by triggering Article 16 of the Northern Ireland protocol in a bid to stop vaccines from getting to the UK.

He told Sky News that the European Union’s decision to trigger Article 16 was an oversight as he asked the UK to “move on” from the incident.

Mr Vale de Almeida appeared to distance himself from the move, stating that the triggering of Article 16 should only occur as a last resort.

He said: “The regulation of Article 16 does not erect a border between Ireland and Northern Ireland.

“Let’s be very clear about that, the issue was an oversight and it was solved.

“It is no longer there so let’s move on.

“I want to be very clear to our Northern Ireland friends, the EU is a main support of the Good Friday Agreement.”

The EU ambassador replied: “Article 16 is a measure of last resort and it should only be activated in particular circumstances.”

The trading bloc reversed its decision to trigger Article 16 of the Nothern Ireland protocol.

However, the EU suffered widescale backlash for its original decision.