What about Scotland?! Anger as Blackford fails to ask UK question ‘hell is breaking loose’

PMQs: Johnson and Blackford clash on aid for Yemen

The SNP‘s Westminster leader suffered a brutal backlash after he opted to grill Prime Minister Boris Johnson on aid to war-torn Yemen. Ian Blackford’s questioned the UK Government’s decision to cut support for the country which is in the midst of a long-running civil war. However, Mr Blackford’s line of questioning was met with astonishment on social media with users questioning why pressing Scottish issues had not been made a priority.

“Not a single word about the pandemic, the poor Scots, independence blah blah, following on from Keir Starmer banging on about Yemen.

“Is it co-ordinated deflection day,” they asked.

Elsewhere another wrote: “Begging bowl Blackford pontificating about Yemen when all hell is breaking loose in Scotland.” 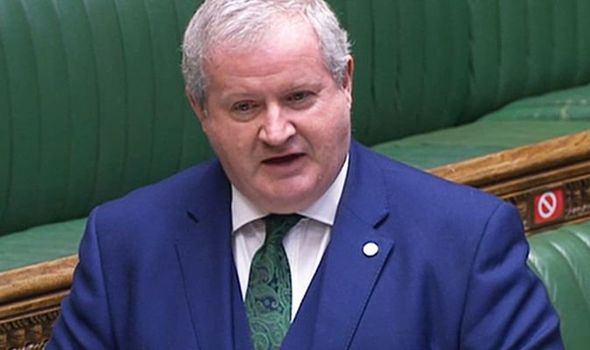