Home » Politics » With Relief Plan, Biden Takes on a New Role: Crusader for the Poor

With Relief Plan, Biden Takes on a New Role: Crusader for the Poor

President Biden’s new role as a crusader for Americans in poverty is an evolution for a politician who has focused on the working class and his Senate work on the judiciary and foreign relations. 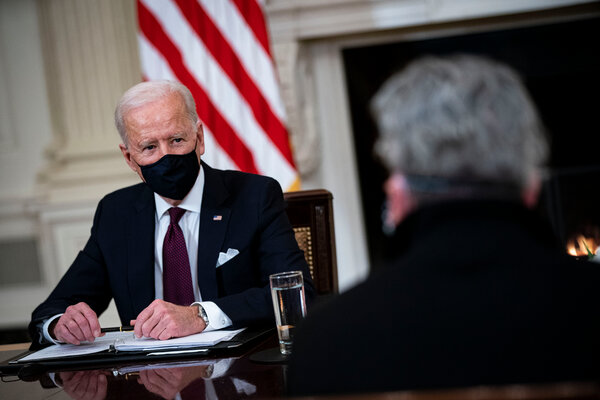 WASHINGTON — Days before his inauguration, President-elect Biden was eying a $1.3 trillion rescue plan aimed squarely at the middle class he has always championed, but pared down to attract some Republican support.

In a private conversation, Senator Chuck Schumer, the New York Democrat who is now the majority leader, echoed others in the party and urged Mr. Biden to think bigger. True, the coronavirus pandemic had disrupted the lives of those in the middle, but it had also plunged millions of people into poverty. With Democrats in control, the new president should push for something closer to $2 trillion, Mr. Schumer told Mr. Biden.

On Friday, “Scranton Joe” Biden, whose five-decade political identity has been largely shaped by his appeal to union workers and blue-collar tradesmen like those from his Pennsylvania hometown, will sign into law a $1.9 trillion spending plan that includes the biggest antipoverty effort in a generation.

The new role as a crusader for the poor represents an evolution for Mr. Biden, who spent much of his 36 years in Congress concentrating on foreign policy, judicial fights, gun control and criminal justice issues by virtue of his committee chairmanships in the Senate. For the most part, he ceded domestic economic policy to others.

But aides say he has embraced his new role. Mr. Biden has done so in part by following progressives in his party to the left and accepting the encouragement of his inner circle to use Democratic power to make sweeping rather than incremental change. He has also been moved by the inequities in pain and suffering that the pandemic has inflicted on the poorest Americans, aides say.

“We all grow,” said Representative James E. Clyburn of South Carolina, the No. 3 House Democrat, whose endorsement in the primaries was crucial to Mr. Biden winning the presidency. “During the campaign, he recognized what was happening in this country, this pandemic. It is not like anything we have had in 100 years. If you are going to address Covid-19’s impact, you have to address the economic disparities that exist in this country.”

A vast share of the money approved by Congress will benefit the lowest-income Americans, including tax credits and direct checks, of which nearly half will be delivered to people who are unemployed, below the poverty line or barely making enough to feed and shelter their families. Billions of dollars will be used to extend benefits for the unemployed. Child tax credits will largely benefit the poorest Americans. 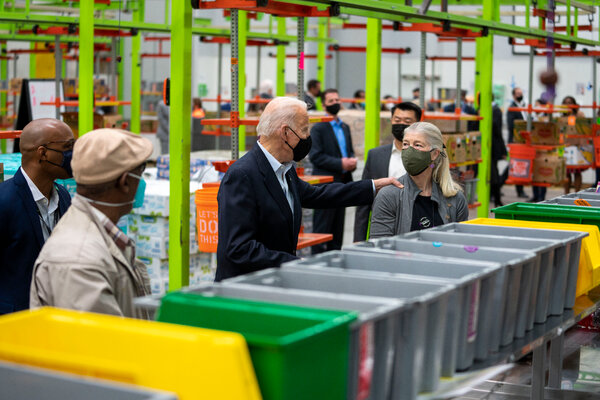 The president’s closest advisers insist that the far-reaching antipoverty effort — a core tenet of the progressive wing of the Democratic Party — is less of an ideological shift from Mr. Biden’s middle-class roots than it is a response to the moment he finds himself in: presiding over a historic health crisis that has vastly increased the number of poor Americans.

They are quick to note that the president’s American Rescue Plan also directs enormous sums of money to middle-income people who have jobs but are struggling. Working families making up to $150,000 will receive direct payments, help for child care and expanded child tax credits that will bolster their annual incomes during the pandemic.