As a little girl in Phnom Penh in the early 1990s, Rotanak Ros would sell fresh vegetables with her mother. Cambodia was emerging from years of colonial rule, civil war and genocide, and life in its capital city was booming. Her mother, busy at the market, didn’t cook every day. But Ms. Ros fondly remembers the meals she prepared.

“Every single time she made something, it didn’t matter how simple it was, the flavors stayed with me,” Ms. Ros said.

Ms. Ros, a professional cook who has become something of a celebrity in Cambodia, where she is known as Chef Nak, grew up in a country trying to find its footing. She was born six years after the fall of the Khmer Rouge, a brutal Communist regime that, from 1975 to 1979, killed at least 1.7 million people, devastating the country’s communities and its intellectual and cultural institutions.

Survivors — and their children — spent the decades that followed trying to reclaim their national identity. What did it mean to be Cambodian after a period of such immeasurable loss? 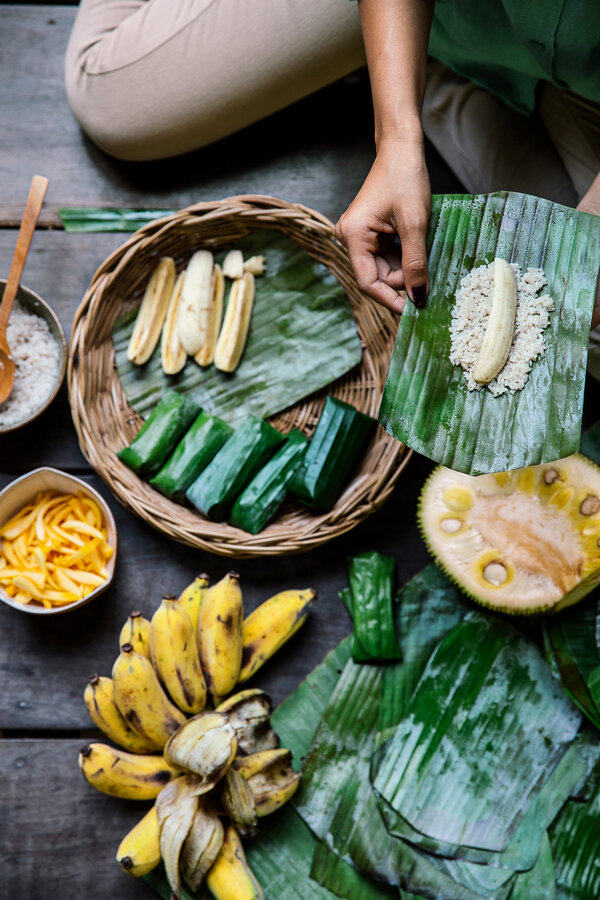 Ms. Ros looked for the answer in food. She has spent years trying to piece together flavors — herbaceous, fruity and subtly spiced dishes that are light, fresh and fragrant — from a time before the genocide, traveling to various provinces and interviewing local cooks about their most beloved recipes. She compiled that anthropological research in a self-published cookbook, “Nhum: Recipes From a Cambodian Kitchen.” First released in 2019, it is now widely available after printing delays and shipping issues related to the pandemic.

The book is part historical record, part how-to for cooks. (“Nhum” means “eat,” she said, a word that is also spelled “nyum” in English.) Bright photographs shot by Ms. Ros’s collaborator on the project, Nataly Lee, adorn its 227 pages, which include nearly 80 recipes.

Its ingredients section serves as a guide to Cambodian staples, and teaches readers as much about each item’s cultural importance as it does about how to cook with it. The section reads as if Ms. Ros is leading you through a market, like the one where her mother worked, pointing to foods and placing them in their culinary and medicinal context.

Then there are the recipes, like a chicken with young jackfruit, which Ms. Ros learned to make from a family friend. Cambodians often cook young jackfruit in soup, so when Ms. Ros found out the friend would be baking it with chicken, she asked for a lesson.

“People raise chickens to sell, not to eat,” Ms. Ros said. “The money from one chicken can feed the whole family, at least, for three days.”

The dish, which is traditionally made for an honored guest, was a way to show respect.

That kind of cultural context is woven throughout the cookbook. She writes of globalization’s influence on Cambodian cooking, and about how modern, timesaving adaptations — like adding mayonnaise to a once-intricate fish and lemongrass salad — can make old flavors hard to come by.

And the work to document traditional cooking is a race against time. A dwindling population of elders are among the few who remember tastes and techniques from before the Khmer Rouge — and before what Youk Chhang, the executive director of the Documentation Center of Cambodia, described as a subsequent cultural “gap.”

Mr. Chhang, a survivor of the killing fields, where Khmer Rouge soldiers carried out mass executions, spoke of a loss of identity among Cambodians.

“Part of them was empty,” he said. “It’s not the stomach; it’s the center of consciousness of who they are.”

Ms. Ros’s cookbook strives to fill that void, but it’s not alone in that effort: Nonprofit organizations (like Cambodian Living Arts, where Ms. Ros once worked) fund research and training in traditional cultural practices; filmmakers have directed documentaries about the killing fields; academics who study genocide and memory often focus on Cambodia.

But food is not always centered in the work to preserve Cambodian cultural traditions. And because of globalization and urbanization, Mr. Chhang said, young Cambodians may be more familiar with spicier Thai food or American fast food than their own families’ recipes.

“They accept the new arrival as their food,” Mr. Chhang said. “When you don’t know the old taste, you can’t taste the differences.”

For cooks in Cambodia and across the diaspora, “Nhum” is a manual, a way to connect to their culinary history. And for cooks everywhere, it is a passport, a window seat next to Ms. Ros, a nimble ambassador.