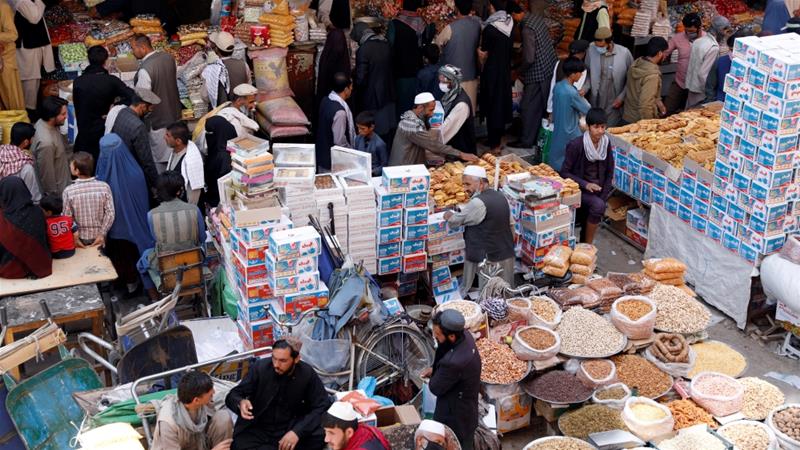 Afghanistan has recorded its highest daily increase in the number of coronavirus cases as authorities have called for a “strict lockdown” during the Eid al-Fitr holidays.

The country’s Ministry of Public Health said on Saturday 782 new positive cases of coronavirus were recorded in the past 24 hours, bringing the total number of infected people to almost 10,000.

The number of cases nationwide has doubled in just 10 days, raising fears of a wider outbreak across the country.

Health ministry officials said Kabul, a hotspot for the virus with 377 reported cases in 24 hours, will be under lockdown during this weekend’s Muslim Eid holiday in an attempt to contain the spread of COVID-19, which has killed 216 people in the country.

“There will be strict restrictions on unnecessary movements in Kabul,” the interior ministry said.

“All the roads in Kabul will be closed during Eid.”

Authorities imposed a nationwide lockdown after the first cases were reported in February, but people have largely ignored the regulations. Doctors warned that many people believe the virus is not serious and will continue to ignore the lockdown, especially during Eid.

“As Eid approaches, many people will go outdoors resulting in crowds gathered at shops. Some people also continue to go to shops without wearing a mask and gloves,” Dr Akmal Sahar, a specialist at a government hospital in Kabul, told Al Jazeera.

Doctors and officials warn that the number of cases could double if people do not stay at home during the Eid holiday, in which people traditionally visit the homes of relatives.

“We are concerned that if the lockdown is not imposed properly, the number of cases will get out of control and beyond our capacity to treat or test them,” Deputy Health Minister Waheed Majroh said. “We want a strict lockdown,” he said ahead of Eid.

Sahar noted that it was “down to people to maintain social distance and follow the health guidelines and stay indoors, because if such negligence continues, numbers will double and triple in the next few days”.

Sahar said that while some of those infected in remote areas came to cities for treatment, it was nearly impossible to record the number of infections or deaths in the remote regions. There are parts of the country that are under the control of the Taliban group, where it is hard for the government to access data. He said limited coronavirus testing capacity is a major challenge in the country.

Nearly 30,000 people have been tested since the country with a population of around 37 million reported its first case. More than half of samples have tested positive in the past two days.

Earlier this month, two senior health officials told Reuters news agency that more than a third of confirmed coronavirus cases in the Kabul area were among doctors and other healthcare staff.

The two officials, who asked not to be named as they were not authorised to discuss the matter publicly, said at least 13 doctors had died in different parts of the country last month and in the first week of May.

Afghanistan has roughly 172 hospitals, and four doctors per 10,000 people, according to a 2019 government report.

The healthcare system is dependent on millions of dollars in foreign donor aid for support.