The defence minister told Sky News that the process of getting individuals out of Afghanistan and to safety is now “fully up to speed” and says he expects the UK government to deliver “similar numbers today, tomorrow and over the days ahead”.

Mr Heappey reiterated that some will not make it out of Kabul, which “keeps us awake at night”. But he gave hope to refugees that there will be a “second phase” of evacuation beyond the potential closure of the air bridge.

“I can confirm that in the last 24 hours, 963 people have been evacuated from Kabul on the Royal Air Force air bridge,” Mr Heappey told Sky News.

“That is a significant acceleration on the numbers over the previous 24 hours and reflects, I think, that we are now fully up to speed in Kabul with military, Border Force and consular staff all now up and running.

“And we are looking forward to delivering similar numbers, today, tomorrow and over the days ahead.”

Mr Heappey added that ministers “don’t have it in our gift” to say how long the evacuation process will last, but said the fact that some will not make it out of Kabul “keeps us awake at night”.

“We are simply doing our best to maximise flow each and every day,” the defence minister said, noting that there will be a “second phase” of evacuation beyond the possible closure of the air bridge. 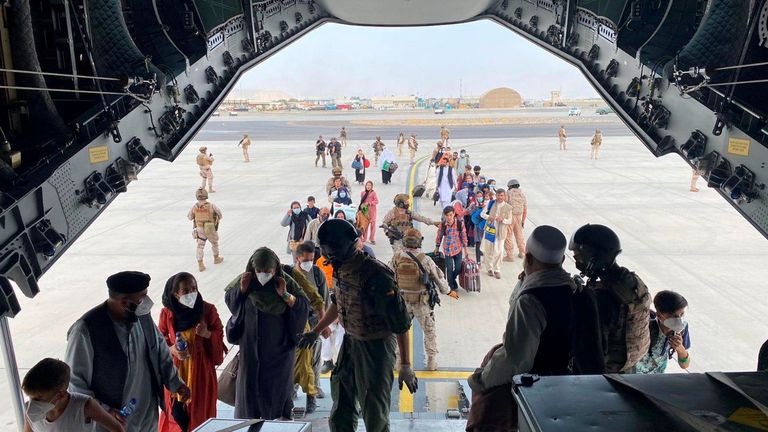 “There will be a second phase to this operation which will see people being able to enrol at other British embassies and high commissions in the region and to be able to resettle that way,” Mr Heappey told Sky News.

“And so even when the air bridge inevitably has to close, that is not the end of people’s chances of getting to the UK.”

It comes amid reports that British passport holders are among crowds of people being made to wait days as they queue for their documents to be checked at Kabul airport in order to evacuate the country.

The UK government announced earlier this week that 20,000 refugees will be resettled in the UK – with the aim of 5,000 to be taken in during the scheme’s first year.

Critics have said the sum is not enough, but, defending the programme, Home Secretary Priti Patel told Sky News it is “important” that the scheme “delivers”.

She added that the UK “cannot accommodate 20,000 people in one go”, but suggested the initial 5,000 figure to be resettled in the first year could be doubled. 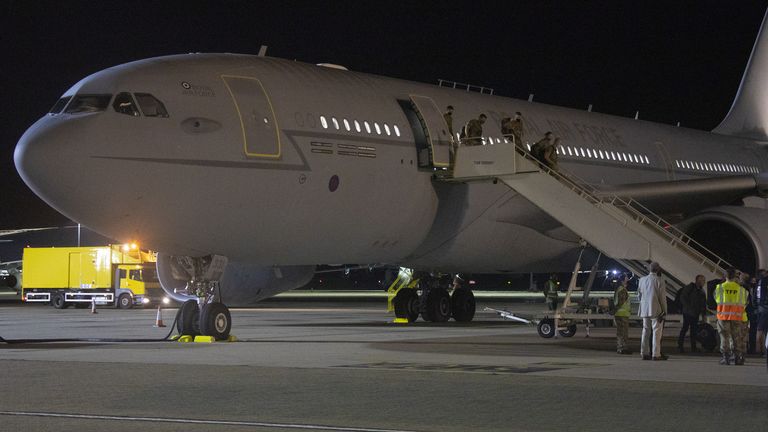 Since the weekend, flights have arrived back in the UK at RAF Brize Norton carrying British nationals and Afghans evacuated from Kabul following its capture by the Taliban.

Meanwhile, Foreign Secretary Dominic Raab is facing questions about why he was abroad on holiday when the Taliban entered Afghanistan’s capital of Kabul.

On Thursday, Labour, the Liberal Democrats, the SNP and Plaid Cymru all called for him to resign from his ministerial position – and for Prime Minister Boris Johnson to sack him if he does not do so.