The veteran’s grandson demanded a public apology at the hearing in Moscow. But Mr Navalny, 44, told him yesterday: “Everyone’s grandfather here fought in the war! But you’re the only one who’s pimping him out.”

The dissident is charged with defaming the veteran who appeared in a video backing reforms to give Vladimir Putin two more terms as president.

Mr Navalny also called people in the video “corrupt lackeys” but insists his words were was not aimed at the war hero, now in his 90s.

The Putin critic was jailed on February 2 for violating his 2014 suspended sentence for fraud, which he denies. 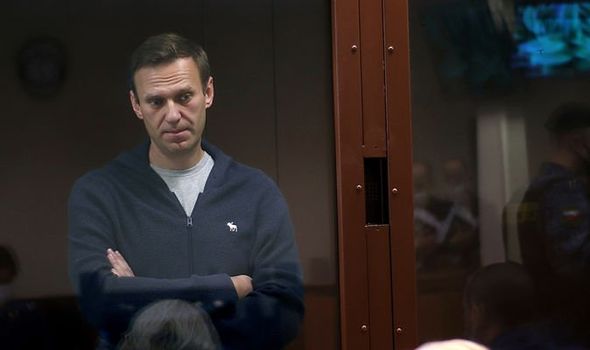 His supporters tomorrow are to gather for 15 minutes across the country, shining phone torches and candles.