Alexei Navalny: Attacks on Putin critic and Jamal Khashoggi could embolden other regimes

Both critics of their governments whose high profiles appear to have conferred no protection from attacks that are about as brazen as it gets.

Did the brutal killing of Saudi dissident Jamal Khashoggi make the attempt on the life of Russian opposition activist Alexei Navalny more likely and will it embolden other regimes to follow suit?

A gruesome execution in a consulate. A poisoning with a nerve agent that only the government possesses.

Both attacks had a degree of deliberately implausible deniability.

You could construct arguments that both were carried out by rogue elements. But they are not very convincing.

Both attacks also appeared designed to send a chillingly clear message – criticise our regime and risk a painful early demise and we don’t give a damn about the consequences.

Making matters worse, we will lie and lie again about we have done.

As observers have noted, the Russians have a word for lying while knowing your audience knows you are doing so.

They call it “vranyo” and are pastmasters at it, practising it after the downing of the MH17 airliner by a Russian missile over Ukraine, after the novichok attack on the Skripals in Salisbury and now already after the attack on Alexei Navalny. 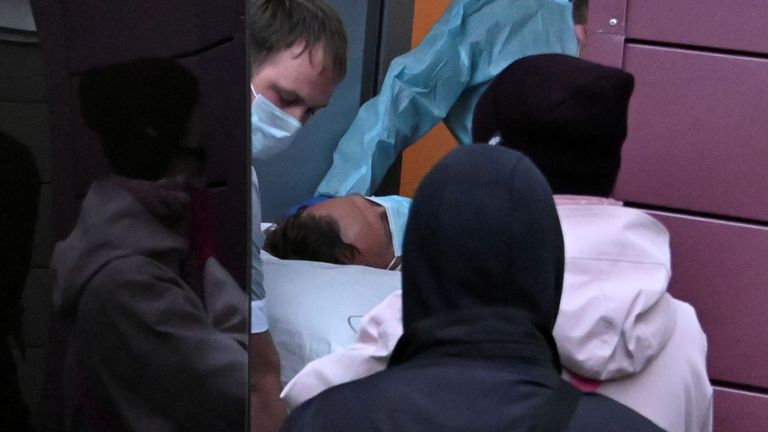 The Saudis changed their story numerous times too after the murder of Khashoggi.

The brazen nature of both attacks and the deceit that follows sends a warning to other dissenters: we are coming after you and will have no qualms about our methods and whether or not we are caught.

The Khashoggi killing set a new low for the disposal of dissidents but despite the furore at the time, Saudi Arabia faced no ostracisation and only limited sanctions.

Saudi Arabia has assiduously courted the Trump administration and is a lynchpin in its Middle East policy and efforts to contain Iran.

Britain is also loath to alienate its closest ally in the region and the biggest buyer of UK arms sales.

The Russians had multiple reasons to deal with Navalny and to do so now.

The unrest in Khabarovsk, the growing effectiveness of the Russian opposition and its use of “smart” voting and the fear that what is happening in Belarus could soon wash over the border with Russia.

But the impunity with which the Saudis got rid of Khashoggi will certainly have given them encouragement.

It may well have been part of its calculus weighing up the likely fallout of dealing with Navalny.

The attack on Navalny seems to follow its precedent.

The worry is these kinds of attacks become the norm.

That other unsavoury regimes will be emboldened to dispose of their own awkward critics without fear of punishment.

They will be watching closely to see how the world responds to this latest attempt to muzzle dissent in Russia.

Will it be allowed to get away with it as the Saudis were too?