Last year, the fires in the Amazon rainforest prompted an international outcry, with politicians, celebrities and members of the public rallying together in a bid to save the tropical rainforest. While wildfires in the Amazon are not uncommon, data from INPE, Brazil’s space agency, shows this month has seen the highest number for the beginning of August since the 11,280 forest seen in 2010.

Already, the first 10 days of August has seen 10,136 blazes across the Amazon, an increase of 17 percent from the same period last year.

“We can expect a catastrophic burning season.”

The fire season in the Amazon rainforest usually begins in late July and is at its worst in August. 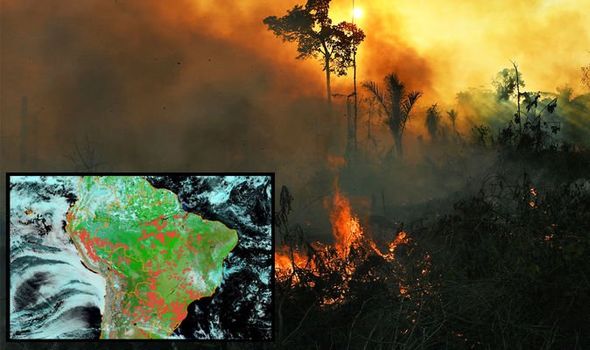 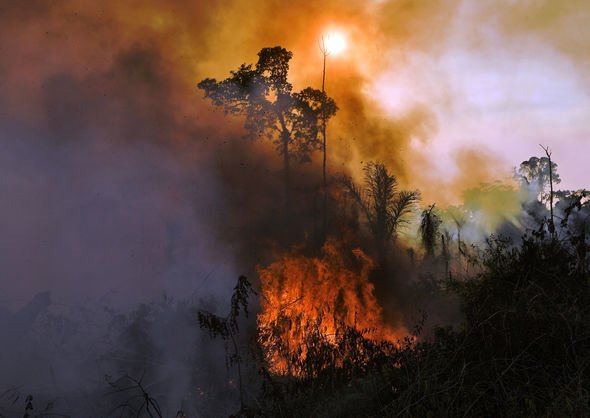 Preliminary INPE data, published in June, shows deforestation is up 34 percent the first five months of 2020.

With a significant number of people isolating at home, the COVID-19 pandemic has brought many industries to their knees.

However, illegal land-grabbing, mining and logging in the Amazon continue at steady pace with criminals using the pandemic period to ramp up deforestation in the region.

Earlier this year, Brazilian president Jair Bolsonaro even tried pushing through a bill dubbed as the land-grabbing law. 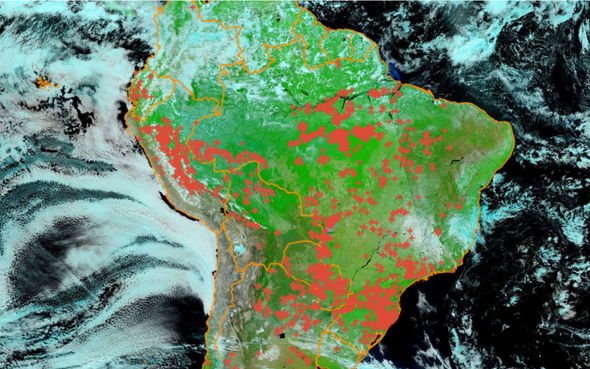 And there are also reports suggested the Ministry of the Environment (MMA) in Brazil is cutting funding to protect the rainforest.

Beth Uema, director of the National Association of Environmental Employees, said the MMA is expected to cut next year’s budget for environmental protection agencies by between 20 and 25 percent, on top of a 25 percent cut this year.

She told Greenpeace: “The current management not only confirms, but strengthens our worst fears regarding trying to continue our work defending our greatest asset, the environment.

“There is a very strong feeling of demoralisation within the agencies.”

Why is the Amazon rainforest important?

The Amazon is a globally important carbon sink and is often referred to as the Earth’s lungs.

However, studies suggest that as fires accelerate and pump out carbon dioxide-laden smoke, the rainforest could be at risk of transformation to a net carbon source, causing an acceleration in climate breakdown.

According to the US National Oceanic and Atmospheric Administration (NOAA) the rainforest has been “fire-resistant” for much of its history because of its natural environment, but this is now under threat. 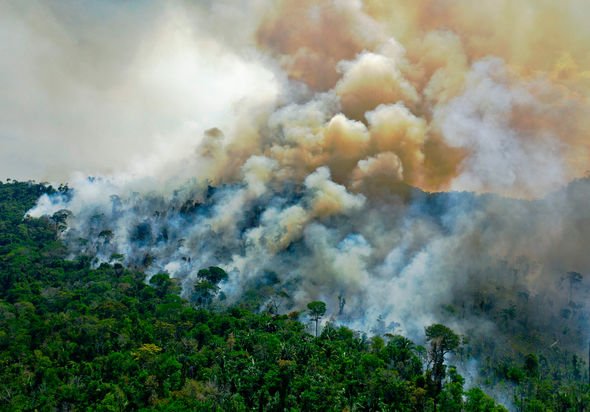 The Amazon has been fire-resistant because of its natural moisture and humidity but NASA has warned drought and human activities are causing wildfires.

A statement from the space agency last year said: “The intensity and frequency of droughts in turn, have been linked with increases in regional deforestation and anthropogenic climate change.”

The rainforest, the largest on the planet, is considered vital in slowing global warming and is also home to uncountable species of fauna and flora.

The Amazon is also home to one million indigenous people.