Archaeologists have found a frescoed hot food and drinks shop at the ancient city of Pompeii.

Known as a termopolium, which translates as a place where something hot is sold, it would have served the ancient equivalent of street food. 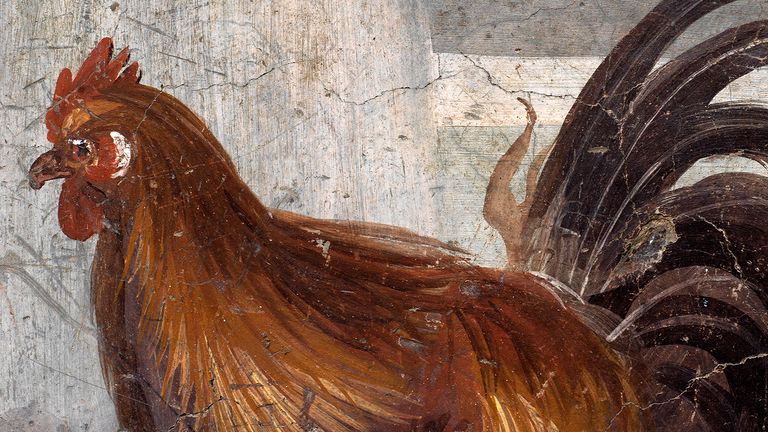 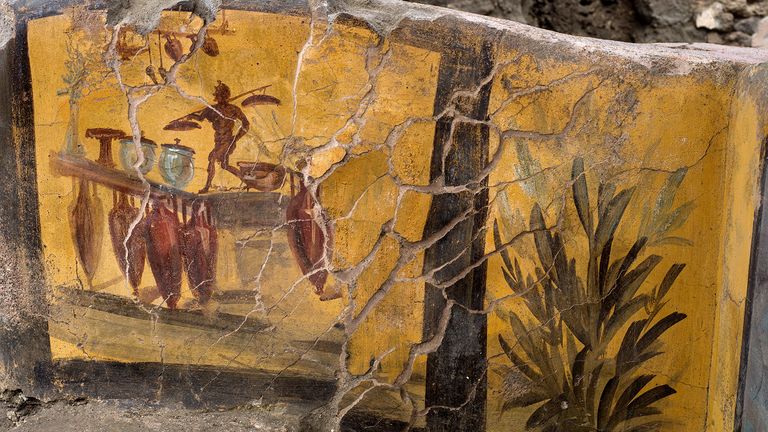 The front of the counter was decorated with frescoes, some painted with animals that were ingredients in the food, such as chicken and ducks.

There was a multi-sided counter with deep vessels for hot food, similar to soup containers.

Lowered into the counters were terracotta jars and archaeologists found traces of food nearly 2,000 years old, including duck bone fragments and remains of goats, pigs, fish and snails.

It was discovered in the Regio V site, which is not yet open the public.

Pompeii was buried in a volcanic eruption in 79AD and is one of Italy’s most popular tourist attractions.

Massimo Ossana, director of the Pompeii archaeological park, said the find was “extraordinary”.

Some 80 fast food sites have been found at Pompeii but this is the first time an eatery has been entirely excavated, he added. 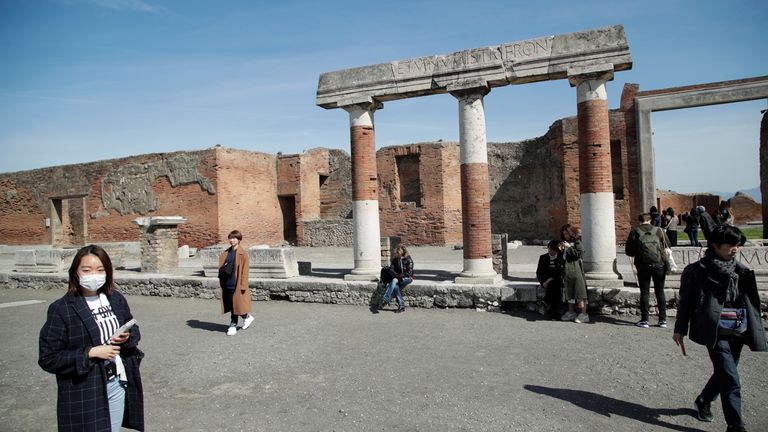 Approximately 13,000 people were living in Pompeii, 14 miles from Naples, when it was buried in ash, pumice and dust.

The ruins were discovered in the 16th century and excavations began around 1750. Around two-thirds of the town has been uncovered.