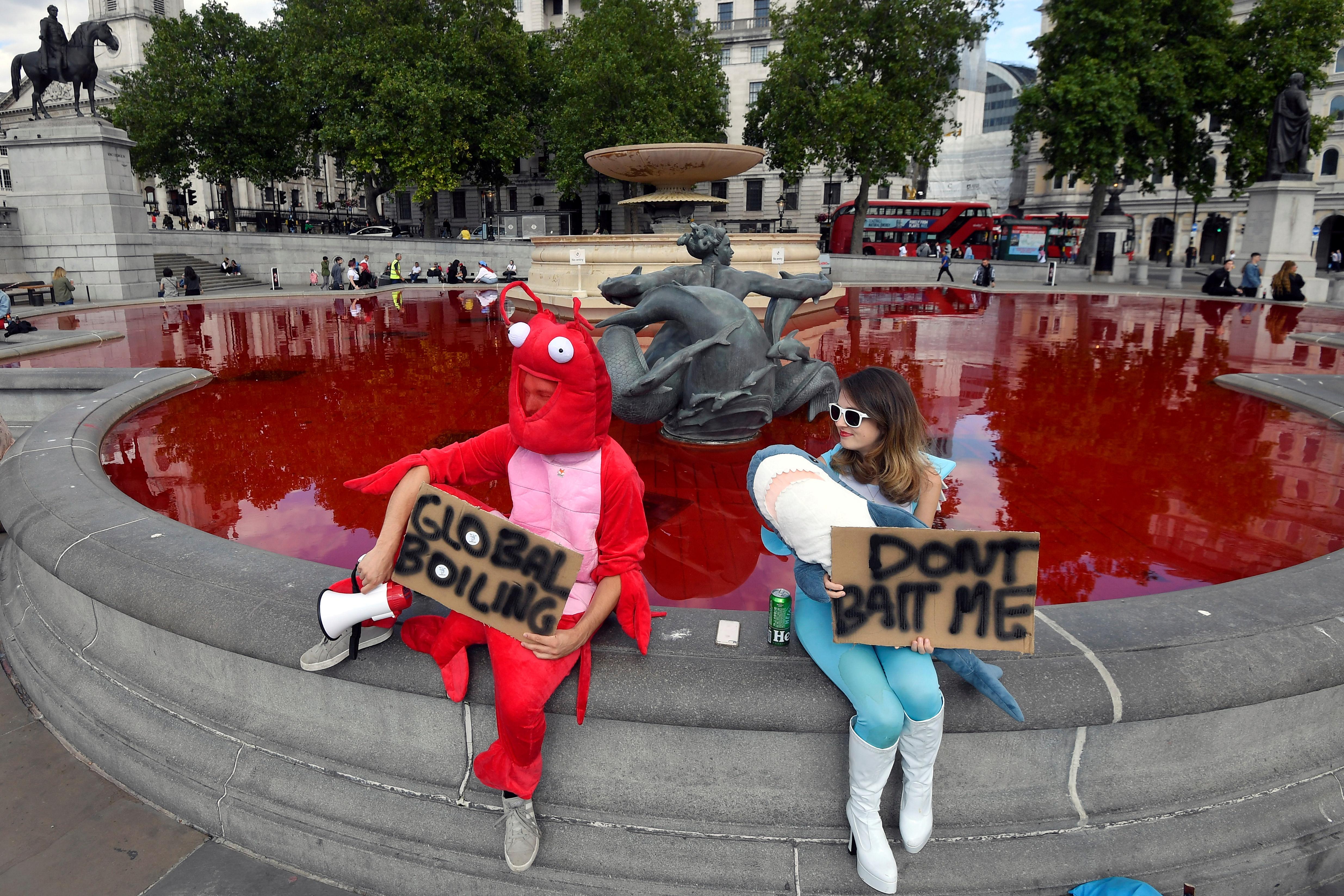 LONDON (Reuters) – Protesters dyed bright red the water of two fountains in London’s Trafalgar Square in a protest on Saturday against the farming of animals.

A few dozen activists from the Animal Rebellion group held placards aloft as dye was poured into the fountain’s basins.

“We are here today to demand that the government prevent future pandemics by ending animal farming and transitioning to a plant-based food system,” the group said in a statement, adding red symbolized “blood that is on the hands of the UK government.”