The Dutch merchant ship was found by marine archaeologists having languished off the coast of Ramsgate in Kent. The ship, named The Rooswijk, sank in bad weather in January 1740 on just her second voyage. It was first discovered by a diver in 2005. But after preliminary excavations it was covered up. But in 2016, Historic England and the Dutch Cultural Heritage Agency warned that the vessel was in danger of being destroyed by an invasive shipworm, which began moving to British coastlines from the Mediterranean.

More chilling however, they found bones belonging to the crew who were aboard the downed wreck.

As well as sailors, researchers said there would have been soldiers protecting the precious cargo, children, wives, and even ‘guests of the lower decks’ – a polite term for prostitutes. 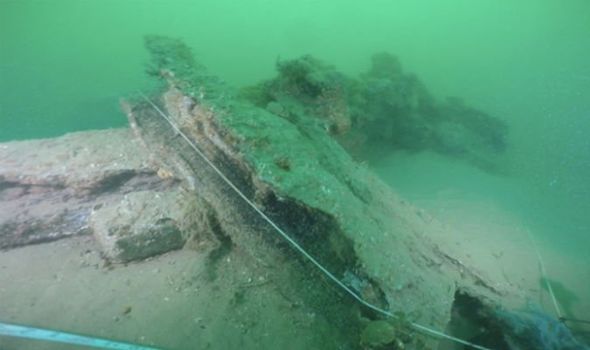 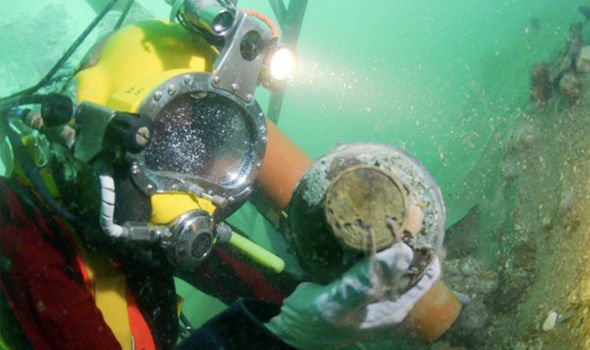 Around 250 people in total were on board when the ship sank and it is thought none survived.

“They were probably drowned or crushed as the ship collapsed or the cannons came loose and rolled across the decks.

“We have started finding and recovering bodies. It’s a highly significant assemblage because it is so rare to find a lost crew on a shipwreck, captured in time at the moment when a catastrophe happened. In that sense it’s like an underwater Pompeii.” 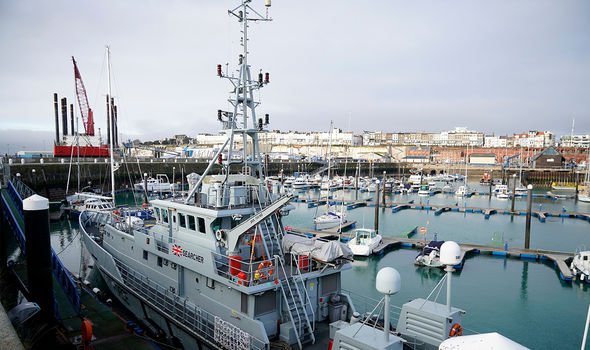 As the concerns surrounding invasive ship worm intensified, Mr Dunkley said the crew needed to work quickly to learn as much as possible about the vessel.

He added: “The ship is threatened by a new type of ship worm which has come from the Mediterranean Sea and is moving north because the sea around Britain is getting warmer with climate change.

“It’s reached as far north as Felixstowe so any shipwreck below that latitude is threatened by it.

“It burrows into any wood which speeds up decay and makes the wrecks vulnerable. It attacks the timbers and wooden chests. So it’s important that we start conserving these things now to prevent any more damage.” 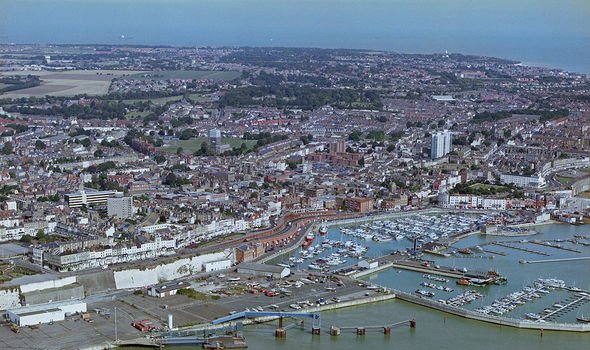 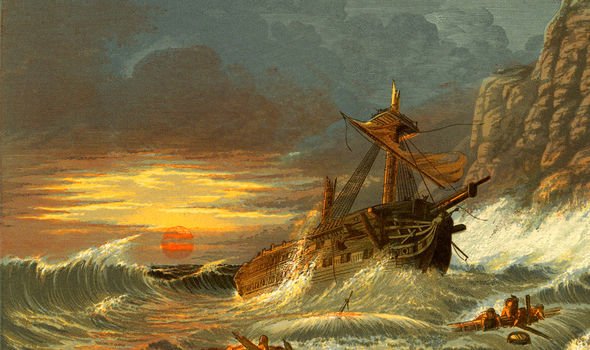 The Rooswijk was owned by the Dutch East India Company and was bound for Jakarta to trade silver and copper for pepper, nutmeg and porcelain when it sank.

Soon after the ship was found, a chest containing letters washed up at Deal in Kent.

It identified the captain as Daniel Rousiers, and named around a dozen other crew.

However, the identities of the rest of the victims were lost in time.