In a landmark move, scientists were able to reconstruct how Homo heidelbergensis, an extinct relative of modern humans, went about their daily lives for the first time in scientific history. With the aid of forensic studies of thousands of pieces of evidence, they recreated what a community of between 30 and 40 people did for around an eight-hour daily period – and particularly how they would kill to survive. The University College London (UCL) explained that the Homo heidelbergensis lived around 480,000 years ago, and evidence of their existence was found by a team of archaeologists at an area of land near Boxgrove, West Sussex.

Discoveries offered unprecedented detail of a Stone Age feast the extinct human relatives would have eaten, including how the food was made, as well as what happened in the aftermath of the meal.

Reports say the site allowed experts to suggest the Homo heidelbergensis may have opted to visit the site to kill large animals, butcher them and then eat them.

The Boxgrove land is located between the sea and a high cliff, which experts said made for a good location for the hunting of animals, especially wild horses, who would have been moved to the area due to its cliff springs and freshwater ponds.

Led by archaeologist Matthew Pope, from UCL’s Institute of Archaeology, the team were able to find some of the “earliest non-stone tools found in the archaeological record of human evolution”. 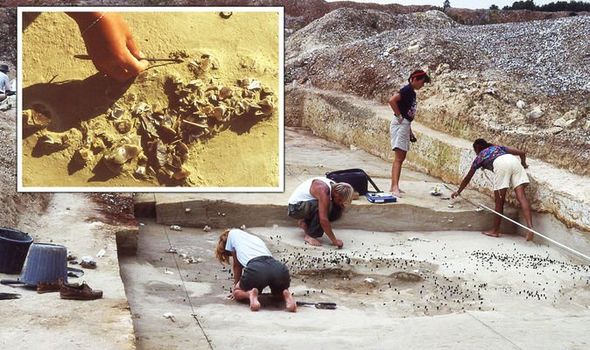 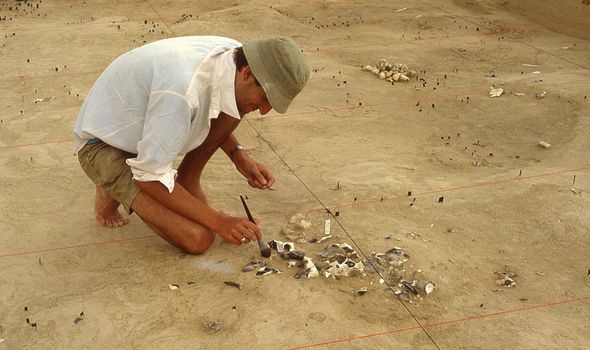 Dr Pope said: “Our detailed investigation has brought into focus people from the deep past who usually remain invisible.”

The work on the site, which was concluded in 2019, is detailed in ‘The Horse Butchery Site’, published this year by Spoilheap Publications.

Co-author Simon Parfitt said the non-stone tools “would have been essential manufacturing the finely made knives found in the wider Boxgrove landscape”.

Dr Silvia Bello, of the Natural History Museum, London – which part funded the project, added: “The finding provides evidence that early human cultures understood the properties of different organic materials and how tools could be made to improve the manufacture of other tools. 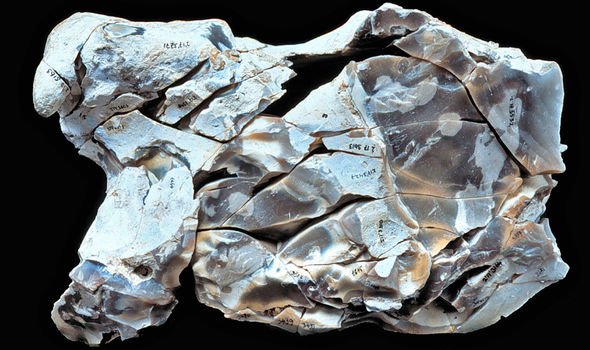 “Along with the careful butchery of the horse and the complex social interaction hinted at by the stone refitting patterns, it provides further evidence that early human populations at Boxgrove were cognitively, socially and culturally sophisticated.”

The finds also help develop our knowledge of the butchering process, and new evidence from the site suggests that the Boxgrove people would come to the site armed to kill.

It is claimed that the human relatives would use spears to kill animals such as horses, and that they would immediately begin the butchering process before eating the remains. 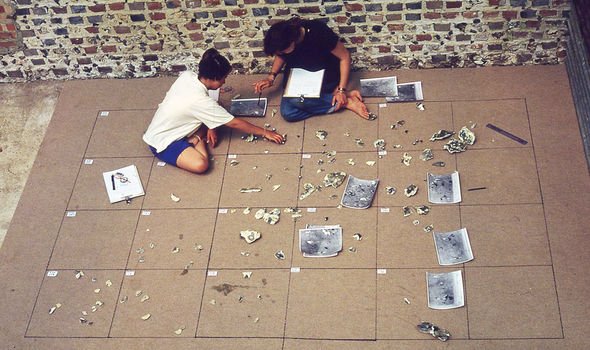 The process of butchering, which includes the removal of the animal’s skin, extraction of its offal and the breaking down of the bones, would have taken hours, the scientists say.

They also claim that children would have “almost certainly” been involved in the butchering process.

‘The Horse Butchery Site’ can be purchased here.