The Spanish Armada was a fleet of 130 ships that sailed from Corunna in late May 1588, under the command of the Duke of Medina Sidonia, with the purpose of escorting an army from Flanders to invade England. The aim was to overthrow Queen Elizabeth I and her establishment of Protestantism in England, to stop English interference in the Spanish Netherlands and to stop the harm caused by English and Dutch privateering ships that interfered with Spanish interests in the Americas. English ships sailed from Plymouth to attack the Armada and were faster and more manoeuvrable than the larger Spanish galleons, enabling them to fire on the Armada without loss as it sailed east off the south coast of England.

Following a bloody battle, the Armada, driven by southwest winds, withdrew north, in a bid to return to Spain around the north of Scotland and south around Ireland, but was disrupted further by storms.

Dr Sam Willis revealed during the BBC’s “Britain’s Sunken History” how many ships were wrecked on the coasts of Scotland and Ireland, including the Girona.

He said in 2013: “The Spanish commander took a fateful decision, to retreat from the English Navy, and head up the North Sea towards Scotland.

“As the Spanish fleet edged northwards, the weather began to close in, a natural defence of gale-force winds, huge breaking waves and a deluge of freezing rains dashed any last hope they had to land their forces. 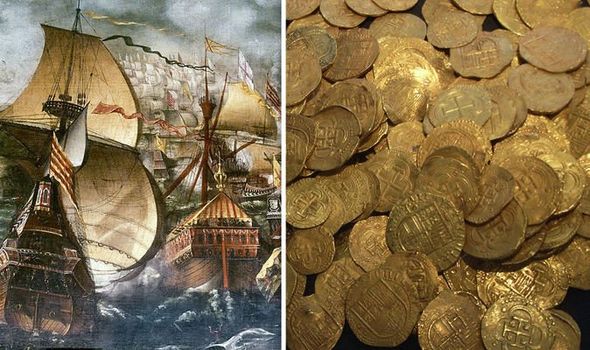 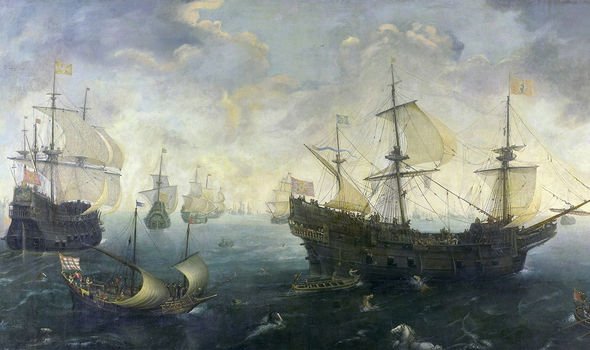 “The Spanish admiral, the duke of Medina Sidonia then issued his final orders, to flee for home around the west coast of Ireland, adding what would turn out to be a prophetic warning – to avoid the perils of the jagged Irish coast.

“This Mediterranean invasion force sailed blindly along the coast of Scotland, trying to avoid the northwest of Ireland, lost in foreign waters with no local pilots, they began to be split up, blown off course.

“By September 1588, the Armada was a broken collection of ships, and they began to appear here in ones and twos off the coast of Northern Ireland.”

Dr Willis explained how thousands of Spanish died during the retreat and evidence of how evidence of their voyage.

He added: “This entire scenario was completely unexpected, the Spanish captains had no detailed knowledge of this coastline and were entirely unprepared for the weather of the North Atlantic. 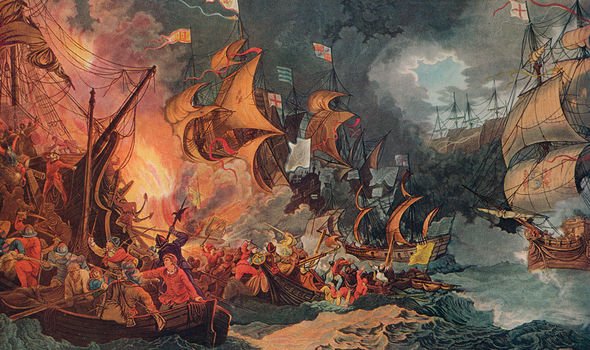 “The retreating Armada ran into a month-long wall of stormy weather, which drove ships and crews to their deaths, within a 200-mile stretch of the west coast of Ireland, over 20 Spanish ships were lost.

“In the aftermath, there were horrific scenes all along the shoreline, on one beach the bodies of 1,500 were found and any survivors faced an equally heartless fate.

“The Girona was wrecked within a few miles of Dunluce Castle, home to Sorley Boy MacDonnell, an Irish Chief who was himself entangled in his own conflict with the English Army.

“He retrieved over 200 bodies from the wreck and ensured they received a Catholic burial.”

But, Dr Willis also revealed that huge hoards of treasure from the Girola had been uncovered by divers. 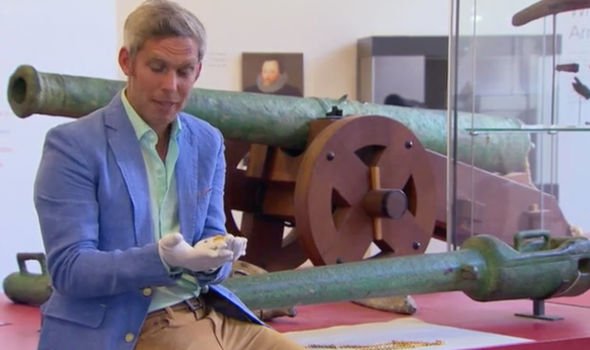 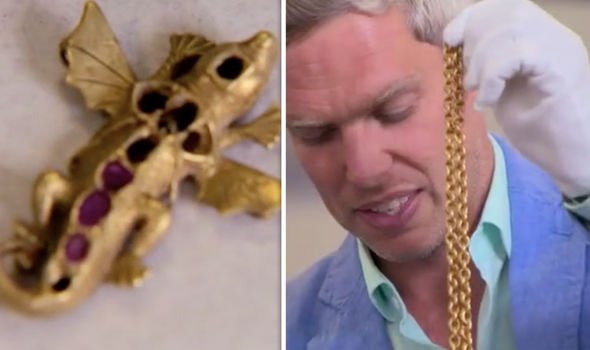 He continued: “The most tangible trace of the Armada that remains today is a treasure trove of gold recovered from the Girona in the Sixties.

“The divers who discovered the Girona found this huge haul of treasure that had laid untouched for almost 400 years and you can see it today in the Ulster Museum in Belfast.

“This little guy is a gold salamander brooch, a reptile that is native to Mexico, we know that the gold came from South America and the rubies actually came from Burma.

“It’s a wonderful piece that actually says so much about the wealth and also the outreach of the Spanish Empire in the middle of the 16th century.

“And look at these gold coins, there are 20 or so of them here, but they recovered hundreds of gold and silver coins from just one ship, the Spaniards were carrying the wealth of the Empire with them.

“But my favourite piece is this amazing gold chain, it weighs about the same as a bag of sugar and it’s six-feet-long.”